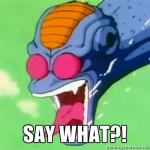 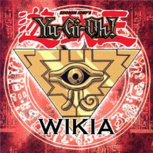 Hi, welcome to Yu-Gi-Oh! Wiki Thanks for your contributions.

sorry. not into the whole fighting online thing. cant tell the bluffs. not to mention the retarted syncros. Fate of Darkness 23:42, 22 December 2008 (UTC)

Did you challange me

If you did I have to decline and you didn't sign your message. if you didn't sorry to wast your time.

Hi! i got the message from you and when do you want duel? just go to my talk User talk:Yubeljaden132

customs of the imperial court

if you activate a card to destroy all Spell Cards and Trap Cards your opponent controls and he have a face-up "Customs of the Imperial Court" on his Spell & Trap Card Zone, "Customs of the Imperial Court" and the Spell Cards will be destroyed, but the Continuous Trap Cards your opponent controls no. --Pipo Destruction 03:08, 15 February 2009 (UTC)

ditto here. damm Naruto Shippuden for being so addicting!! lol well I get out school Friday but next Saturday's kinda busy. What day u want? --XD Master 19:36, 17 May 2009 (UTC)

Ok, that didn't go so well, lol. I might have a better solution though. You said you don't have an E-Mail address, how do you feel about getting one just to duel with me and maybe some of my friends? --Sky Scourge God 19:16, 15 March 2009 (UTC)

Hey, I actually found a much better IRC we can use. You go to the IRC channel option, then click on the hyperlink that takes you to Javanode. It's super fast, and specially built for duels. :) --Sky Scourge God 19:27, 15 March 2009 (UTC)

have you seen the new deck that uses dd survivor, d. fissure, and dark dust spirit? it's insane, and when used right wins in a few turns. it keeps summoning dark dust spirit and then destroying your opponents monsters , then attacking dirrectly. some people have been using this at my locals and they've beaten lightsworn; glads etc. you have to biuld it just right though, but it's wourth it! i've tried it and i beat my brother's regional winning monarch deck! this could become a top tier deck, but it's needs more draw power,but all it really has is allure of darkness right now. it's still an awesome deck though.

i changed your decklist because of the links and changed the names of your cards so if you ment that sorry.--Gyzarus 00:18, 2 May 2009 (UTC)

Hi, I duel on DMU. Those decks are real, there's even a more interesting one if you come duel me.

what next after connect

connection lost say it was a draw

Finally worked out how to leave a message on the page :P

Do you have Msn? Much easier to talk.

How can we duel Online???

I don't know what to do after this

hello did u leave a message to me?

I can not find any?

Sure I'll Duel You

I can't do it on IRC but I can go on the duel terminal. Oh and a peace of advice. Leave a message ayt the bottom of the page because I had a real hard time finding your comment. Attribute 04:14, 30 August 2009 (UTC)

Ya, I'll duel you sometime, just tell me the date, time (time zone included), and which deck you would like to duel, I'll try to work it into my schedule (note: I'm more available during later hours of the night). OmegaVehicroids

Sounds like fun. One problem though, I don't know how to duel people across the internet. Or is through video games? I noticed you listed a speed deck which is only available in stardust accelerator, which I don't have, but can easily get. Anyway, teaching me how would be very much appreciated. Thanks!

Dude I just read your chant abt malicious edge. Do you actually say that? It's superspecialawesome! Did you write it yourself? Do you have any other chants you haven't posted yet? --Montechristo95 18:38, June 24, 2010 (UTC)

I'd be very happy to read any of your card chants. I liked those you have posted before, but that I know you wrote yourself, I like them even more. And one more thing; thanks for signing your message, even at the last moment lol. Do you mind if I transfer our conversation (i mean my replies) to my Talk Page after it's finished? --Montechristo95 22:09, June 24, 2010 (UTC)

All right the second one is simply amazing. Can't find words to decribe it. The other two were quite good too. Btw, the name "Eternity Black Magician" rocks big time. If it's not much of a trouble to you, could you give me a short description of each monster? Or better yet, could you leave me a message when you upload to the cm wiki? --Montechristo95 22:26, June 24, 2010 (UTC)

For that line you just removed in "Queen Nereia the Silvercrown" Trivia, just as well as her husband's Trivia, was my fault. I just said that they are first "Illegal Match-Winner" monsters to have little flexible of requirement to summoning. As all previous are strict requirement on their types. So forgive my grammar. (Be sure to read the yellow note box in my Talk page before respond. --FredCat 00:25, August 15, 2011 (UTC)

Those stuff happening all time, but it's time to make it your second nature. Deltaneos (the Admins) finally got used to doing that way before I did. Also be use to using colon so you can keep up the indent correct in the responds. --FredCat 00:52, August 15, 2011 (UTC)

can help me edit my wiki-----> zexaluniverse.wikia.com and its all about yugioh zexal

Retrieved from "https://yugioh.fandom.com/wiki/User_talk:BobLogical?oldid=4305076"
*Disclosure: Some of the links above are affiliate links, meaning, at no additional cost to you, Fandom will earn a commission if you click through and make a purchase. Community content is available under CC-BY-SA unless otherwise noted.