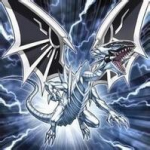 Hi and welcome to the Yu-Gi-Oh! wiki! Thank you for your edit to the User talk:WinterNightmare page.

This here is a decklist from 2012 that includes "Number 92: Heart-eartH Dragon". Another one is from the character known as Dr. Faker, in his video games appearance just click here Dr. Faker (World Duel Carnival) and Dr. Faker (Tag Force). WinterNightmare (talk • contribs) 05:18, February 12, 2016 (UTC)

Well, I not much of a Duelist, so I had to do my own research as well and I believe "Sin" are great. After watching this recent video, I had more understanding on Sin though the Deck in the video focused more on draw power than raw power. Sin playstyle from what I understand makes use of "Skill Drain", "Trade-In" and Field Spell. There are many way to play the Deck since there is a lot of new Field Spell, and many of them can provided a unique experience. In Sin, the Field Spell usually ranged from "Mound of the Bound Creator", "Necrovalley", "Geartown", "Kaiser Colosseum" and "Malefic World". With the new rule that allow there to have Field Spell on each side, it makes it easily to Summon them without harm. The monster are high Level, high ATK, usually Dragon and have DARK Attribute. The Sin that used their counterpart from the Extra Deck is lot easily than the one from the Main Deck. The Main Deck caused a lot of problem like "Malefic Red-Eyes Black Dragon"/"Malefic Blue-Eyes White Dragon" which required their counterpart in the Deck, not in the hand. "Trade-In" is usually used for draw power, as many of them are high Level and this can prevented a bad hand even if the Main Deck Sin are used. "Skill Drain" is good, since it negate Sin preventing other monsters from attacking, but there can only be one Sin on the field. So, usually it is Sin with high ATK and a low ATK monster with both side not having any effects. Once the opponent have no more monster or card that can help them, it easy game. The expert are right that 4,000 ATK can be Summoned in the first round if the Extra Deck Sin is used like "Malefic Cyber End Dragon" or "Malefic Paradox Dragon", heck the rarely uses of the Main Deck Sin "Malefic Rainbow Dragon" can be used as well. Overall, I learn a lot and Sin are great. WinterNightmare (talk • contribs) 01:58, February 13, 2016 (UTC)

Your question is something I could answer if I dedicated about 30 minutes to an hour into researching it. However, I'm busy with other things at the moment, so I'll just give brief recommendations: "T.G." by itself is best utilized for wearing down your opponent's resources, as the main members replace themselves if they are destroyed. "TG1-EM1" is good towards this goal, as you can destroy your swapped monsters and use their replacing effects during the End Phase. However, if you're looking to Summon "Shooting Quasar Dragon" quickly, "T.G." is not a good choice to use, as there are faster ways of achieving its Summon. The only reliable "T.G."-related strategy for Summoning Quasar is "T.G. Hyper Librarian", as it helps you draw into more cards to achieve Quasar's Summon.
If you're looking at this from a "casual" perspective, sorry, but I can't help much with that. --UltimateKuriboh (talk • contribs) 04:20, March 20, 2016 (UTC)

"Galaxy" Decks do a better job of establishing a stable position... but that's only if their plays aren't interrupted by the opponent. "Number 38: Hope Harbinger Dragon Titanic Galaxy" now offers a more stable position as well. A sample Decklist; "Ferret Flames" can be replaced easily. --UltimateKuriboh (talk • contribs) 20:30, March 20, 2016 (UTC)

Retrieved from "https://yugioh.fandom.com/wiki/User_talk:Blackout_S1E7?oldid=4318915"
*Disclosure: Some of the links above are affiliate links, meaning, at no additional cost to you, Fandom will earn a commission if you click through and make a purchase. Community content is available under CC-BY-SA unless otherwise noted.