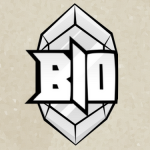 Haha. Thanks for the request. In truth, beneath all the things I've been doing recently, my spare time has been invested into making a deck that would outshine all others - the reason being it would be the "anti-everything" deck. It has yet to be posted. This deck I'm currently making in the dark is one that doesn't only fight the Gladiator Beasts, but at least 80% advantageous over every deck I know. I will post it soon on my main page. It is my best deck ever - one born from both time and irony. Chris427 09:15, 29 July 2008 (UTC)

So I hope most of the cards here aren't expensive nor difficult to obtain. But I think I made sure it's both effective and fun. I may play test it soon. Here are the strategies from top to bottom:

Only rulings that appear on an official source should be listed on the Card Rulings pages. Although your rulings was correct, it did not appear on any such source, so it was removed. --Deus Ex Machina (Talk) 01:49, 11 March 2009 (UTC)

I'm not really familiar with any of the instant messengers. What about simply using the Duel Terminal Forum? (BTW: If we duel, I'd probably be using a deck with some OCG-only cards, and all proxies. And, of course, Advanced Format. I hope you don't mind.) Runer5h 02:25, 17 June 2009 (UTC)Runer5h

I really like some of the ideas for the Puppet Master deck - how did I not think of Tragoedia? I'll have to work out what to remove to put that in. I'm not sure that DAD wouldn't become a dead card very often, but it could work. What do you think of Necro Gardna?

As for the HAD Abuse deck, it's fairly good. Confit is something I didn't think of, and it would definitely replace Spell Striker; it's far too often that I simply can't special summon SS because I DON'T HAVE ANY SPELLS IN THE GRAVE! Which, as you might surmise, is annoying as hell. But I'd rather not use Masked Dragon and REDMD: Masked Dragon because it can only summon the one monster, whereas Giant Rat can bring out the effectively-1900 ATK beatstick and Tuner Psychic Commander. REDMD stays out because I don't really want to have to tribute summon it, or remove my HAD for it.

Well, Psychic Commander mainly went in because, unlike Krebons, it's a beatstick that can be searched the same way that HAD can: Giant Rat. I really don't want to have to use Mystic Tomato. I don't really want 3 Plasma; 2 is enough, which means Scapegoat. I tried Card of Safe Return, but it wasn't reliable enough. Finally, Diamond Dude stays in because if his effect activates successfully to flip off Trade-In/Destiny Draw, I usually start owning next turn.

As for the comments on Abusive Puppetry, I like some of the ideas. I've gotten the deck to work with those cards. And what do you think the side deck should be? I've got:

Retrieved from "https://yugioh.fandom.com/wiki/User_talk:BioMasterZap?oldid=697624"
*Disclosure: Some of the links above are affiliate links, meaning, at no additional cost to you, Fandom will earn a commission if you click through and make a purchase. Community content is available under CC-BY-SA unless otherwise noted.