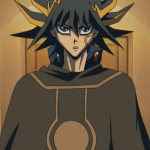 I kind of mentioned my reasons when I removed your translations. But I still apologize for not telling you straight, it's just that I have a lot to look at in this Wikia and I don't have a lot of time on my hands.PoirotH 06:49, December 6, 2009 (UTC)

Only rulings which specifically appear(ed) on an official source should appear on the Card Rulings pages. Your ruling didn't, so it was removed. --Deus Ex Machina (Talk) 23:12, June 4, 2010 (UTC)

Hello. Thank-you for your contributions for the Japanese names for cards. We have stopped using the Ruby tag within cards, and have since started using a Template. If you could use {{Ruby|Kanji|Kana}}, it would be much appreciated.--TwoTailedFox (My Talk Page) 18:52, June 23, 2011 (UTC)

In the future, if a card name is wrong (such as at "Compulsory Removal"), just move the article to the correct title. The card has no official English name in any capacity, so if the translation we have is wrong, just move the article instead of adding the "trans" parameter. Thanks, Cheesedude (talk • contribs) 15:42, September 6, 2011 (UTC)

Thaks for the message. Well I tried quite a few (5) translators and I didnt saw Normal Summon. I seperated letters (or whatever they are called) and still nothing.

When this card is Summoned, select 1 monster in face-up on the field that exists outside of this card, two levels can be increased until the End Phase.

Then Google Tranlation gives this:

This card is summoned When successful, select 1 monster in face-up on the field that exists outside of this card, two levels can be increased until the End Phase.

I translateded "When this card is Normal Summoned" and the letters aint the same (except for the first ones). Also "successfully" is a key point in the text cause in OCG, Priority doesnt exists anymore. Well I guess we will find out. BTW hell of a card :) SoulRipper (talk • contribs) 15:13, September 9, 2011 (UTC)

Do you think you can translate the lyrics for "Braving" into English?

Shortly after you moved the article, another user moved it a back and a third commented on the talk page, saying the given romaji means "Magnet". Could you comment there and explain your rationale for moving it? I'm not saying you're wrong (I'm inclined to trust your translation over the other user's actually). I originally created the article and if the translation was wrong, there's a chance the romaji was too. Thanks, Cheesedude (talk • contribs) 03:17, April 24, 2012 (UTC)

Don't know if you've seen this.

Check out Forum:Offer of affiliation from our sources. Any opinions on the matter would be appreciated, especially one from someone who has knowledge of Japanese like yourself. Cheesedude (talk • contribs) 03:55, May 9, 2012 (UTC)

The collaboration with the wiki is going well. Please go here. Pharaoh Atem reviewed your contributions and believes you'll be a great help. Thanks, Cheesedude (talk • contribs) 15:17, July 24, 2012 (UTC)

Hi, Bhigpx. I'm assuming you've been busy lately, but I'd like you to take a look at this forum discussion when you have the chance. It's relevant to much of the work you do here and I believe you'd be an asset in helping if you do have time. Thanks, Cheesedude (talk • contribs) 17:11, January 9, 2013 (UTC)

Hello, and Thank you for your assistance with the page I'm working on. I'm Justin Holland, but you can call me Justin. I am currently looking for those who are interested in helping out this page that describe the main conflict that takes place in yu-gi-oh Zexal. If you have any ideas for contributions to the page, feel free to either put your ideas on the talk page and if you could tell anyone you know about this page and see if you can get them to help the cause. Welcome to Project Interdimensional War. Justin Holland (talk • contribs) 02:14, July 26, 2013 (UTC)

Retrieved from "https://yugioh.fandom.com/wiki/User_talk:Bhigpx?oldid=3758058"
*Disclosure: Some of the links above are affiliate links, meaning, at no additional cost to you, Fandom will earn a commission if you click through and make a purchase. Community content is available under CC-BY-SA unless otherwise noted.