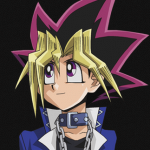 I know it's rather a bit late for this, given your first edit here was months ago, and considering everything else that's happened in the interim, but please allow me to welcome you to the Yu-Gi-Oh! Wikia. =)

I hope you'll be willing to stick around here and edit some more; you seem, after all, to be more than willing to learn from mistakes, and ignorance is not an unforgivable sin; if you have any questions or need any help with anything, I'd be more than happy to help you out. Happy editing! =) 「ディノ奴千？！」? · ☎ Dinoguy1000 05:18, December 11, 2012 (UTC)

I liked the effort you put into updating the Main Page. Just to be safe though, you should bring this up with admins like User:Deltaneos and User:Cheesedude before doing so. This is important, because it can potentially attract/deter visitors from coming to this site, as well as affecting their opinions of it. If you do bring this up in discussions, just tell them to look at the edit history, so they can know what it looked like. Apart from some grammar, and some glitched stuff, the update looked nice in my opinion. --UltimateKuriboh (talk • contribs) 06:33, December 13, 2012 (UTC)

I'm not entirely sure, but either of the admins I recommended might decide to post the idea as a community discussion. I'd wait for their responses first. --UltimateKuriboh (talk • contribs) 06:47, December 13, 2012 (UTC)

Hmm, interesting question. You should definitely mention this on Talk:Photon Transformation. Since I'm not as avid a ZEXAL fan, I can't say I'm in-tune enough to say that there is indeed a difference. --Golden Key (talk • contribs) 14:20, December 23, 2012 (UTC)

photo from a video

I've finished the summary for episode 80. Can you upload more images to fill out the article or would you like me to do so? What you had was pretty good. You may want to read Yu-Gi-Oh!:Manual of style. There were a few style quirks in what you wrote, but no big deal. Thanks again for starting the summary. It helped. Cheesedude (talk • contribs) 07:01, December 27, 2012 (UTC)

Just for curiosity's sake, regarding the new file you uploaded for Yagumo, do you have the RAW Rank 23 of ZEXAL? LegendaryAsariUgetsu (talk • contribs) 19:00, December 29, 2012 (UTC)

Oh, don't need to upload them. I do have the chapter, though not in Japanese. :P I was just curious to know where you got it from, since I'm the guy who updates everything about the manga series here, and well, the more sources I have, the better. xD I've got virtually nothing of Rank 23 in Japanese, just 2 LQ scans and scans of the cards, which I uploaded in their galleries. LegendaryAsariUgetsu (talk • contribs) 19:26, January 4, 2013 (UTC)

Just a tip. Upload files from the manga (actually from everything, but mainly from the manga) in .png always that's possible. For some reason .jpg makes the quality of the image a lot worse, which becomes more visible in manga images. It makes them grayish and makes lots of ugly pixels appear in them and stuff. *__* If you have only files in .jpg, you can convert them in Paint, so that if someone has a better file, they can replace it with a clean .png file. ;) Thanks. LegendaryAsariUgetsu (talk • contribs) 19:37, January 4, 2013 (UTC)

Converting a .jpg to a .png increases its file size by a lot. If you're cropping something from a .jpg and saving it as a new image, there's no point in changing its file format. The loss in quality only happens after the initial save. If you're using MS Paint, you can copy the image before you save, paste it after you save and then save again, to ensure the quality is not lost. Other image editors, such as Gimp, allow you to control the amount of quality that gets lost when you save an image as a .jpg. -- Deltaneos (talk) 21:56, January 4, 2013 (UTC)

I know, but by uploading the file in .jpg, if another editor has a better file in .png, they can replace the old file with their new one at good quality. I say this 'cause lots of images of manga cards (mainly from GX) were uploaded in .jpg, and even though I have much better ones, I have to convert them to .jpg in order to replace the file, which reduces its quality a lot. Also, Increasing the Level of white in Photoshop (Ctrl + L) helps in cases of .jpg manga images. LegendaryAsariUgetsu (talk • contribs) 22:15, January 4, 2013 (UTC)

JPEG is a lossy format; some information loss will occur in every save in most image editors, regardless of settings (though it's important to note the distinction between opening a JPEG for editing and saving it, versus just opening it in an image viewer (think viewing it on a website) or making a copy of it (e.g. right-click --> copy --> paste); the former results in some degradation of quality (it's lossy) whereas the latter does not (it's lossless); in addition, some image editors may be smart enough to know if an image has been edited before saving, and if not, will not actually re-save the file (or will, but won't actually re-encode the file prior to saving), in which case the file either won't change, or if it does, won't lose any image quality). It is possible to losslessly save a JPEG after certain simple edits, but this usually requires a tool designed specifically to make that edit and save the file losslessly. This doesn't mean that you should convert a JPEG to a lossless format (e.g. PNG), though; this should only be done if you don't have a high-quality source image and intend to do a decent amount of work on the image, since resaving a JPEG image in a lossless format does not allow any of the already-lost detail to be restored, and (as Delt pointed out) increases the filesize.
If you're interested in reading more about this, have some time, and aren't afraid of a bit of technical reading, I'd recommend the Wikipedia articles on JPEG (in particular the compression section) and PNG (in particular, the comparison to JPEG section) images/formats, and lossy and lossless compression; you'll also want a look at the generation loss article if you want to know more about the problem of repeatedly opening an re-saving a file in a lossy format. 「ディノ奴千？！」? · ☎ Dinoguy1000 02:38, January 5, 2013 (UTC)

Excuse me, but where did you get that image from? I'm not sure it is official; I see some odd-looking feature about it. For instance, Yugi's Duel Disk and the faces of "Dark Magician", Jaden Yuki, and "Yubel" look a little... messed up. If I didn't know any better, I would say it is a fan-made piece of art. Are you sure it is official? --UltimateKuriboh (talk • contribs) 02:23, January 7, 2013 (UTC)

Sorry, I don't know what you mean. To me, the Barian Emblem is kind of like a symbol that represents the Barian World and its citizens. --UltimateKuriboh (talk • contribs) 20:29, January 26, 2013 (UTC)

That's the first page of the spin-off chapter published in WJ. It's a non-canon chapter which was published there to see if it'd be popular in WJ instead of VJ, as there were 3 Yu-Gi-Oh! manga being published in VJ at that time. But it seems it wasn't successful, since ZEXAL kept being published in VJ. LegendaryAsariUgetsu (talk • contribs) 20:37, February 10, 2013 (UTC)

Hi, Avatarr. Do you have a source for the energy balls used by Tron and Misael being miniature Sphere Fields? Cheesedude (talk • contribs) 19:44, April 27, 2013 (UTC)

You could say that, but it wasn't said in the show anywhere. I'm not sure the energy ball is just a small Sphere Field. That being said, a separate article for the energy balls would be fine. A telportation article would also be fine. I don't think either of them have official names so I'm not sure what we'd call them "Barian energy ball" and "Barian telport", maybe? I don't know about the airship teleport, I think it fits just fine in the airship's article. Cheesedude (talk • contribs) 20:56, April 27, 2013 (UTC)

I don't think they resemble the Overlay Network all that much. Even if they did, it wasn't stated anywhere, so its speculation. That being said, the portals themselves having an article would be perfectly fine. Cheesedude (talk • contribs) 01:52, May 8, 2013 (UTC)

Hey. In regards to your statement of having to agree to tag an article for deletion; that's the point of having the template so it can be tagged, then discussed. The template states that also. :) --Spongebob456 Talk

Yeah, I sort of see your point. Perhaps best to actually state on the talk page why you want it removed, just to be clearer. That then ventures into discussion. --Spongebob456 Talk 17:31, May 17, 2013 (UTC)

I just have a question...? What's with all your low-res uploads? If you can't find a higher resolution picture, maybe you shouldn't upload it. Just a friendly heads-up.

Higher res images would be preferred, but low-res images are preferred to just not having the images at all. Upload them however you can. If they're low-res, another user may be able to find a higher-res version and upload over it. Its no big deal. Cheesedude (talk • contribs) 02:27, October 4, 2013 (UTC)

Hello, and Thank you for your assistance with the page I'm working on. I'm Justin Holland, but you can call me Justin. I am currently looking for those who are interested in helping out this page that describe the main conflict that takes place in yu-gi-oh Zexal. If you have any ideas for contributions to the page, feel free to either put your ideas on the talk page and if you could tell anyone you know about this page and see if you can get them to help the cause. Welcome to Project Interdimensional War. By the way, maybe add more to the human recruitment? Justin Holland (talk • contribs) 22:34, October 8, 2013 (UTC)

Excuse me, would you mind explaining to me why you put a delete consideration notice on the war page, especially when you helped out with it too?!?Justin Holland (talk • contribs)

Don't worry about it Avatarr, the issue has been fixed. However, it is important to know that your template that you used on the page is now called "Infobox war", as in Template:Infobox war. User:Dinoguy1000 moved it from the previous name, stating the following, "without comment on whether we actually *want* this, give it a reasonable name at least". Just keep the new name in mind, ok? If you have any problems with the name, feel free to ask Dinoguy. --UltimateKuriboh (talk • contribs) 23:24, October 9, 2013 (UTC)

Sorry about earlier Avatarr. Was kinda freaking out about why some would want the page deleted. Justin Holland (talk • contribs) 23:31, October 9, 2013 (UTC)

Very well, but when the final battle between Yuma and Astral vs. Don Thousand begins, we put it right here, and keep the Barian Emperor Onslaught page updated if you can. Justin Holland (talk • contribs) 19:05, October 22, 2013 (UTC)

Yo Avatar. So, just wondering, y'know those scans you uploaded recently of Faker and his sons for his manga article? Which chapter are those from? I have all chapters up to 34 but I don't really remember having read those. o.O Thanks. LegendaryAsariUgetsu (talk • contribs) 01:04, October 14, 2013 (UTC)

Hi, Avatarr. I'm wondering if you know of a script or sub for episode 129 of ZEXAL. My usual sources for finding such things have failed and you seem to have added a fair bit of info from episode 129. I'd appreciate any response. Thanks. Cheesedude (talk • contribs) 21:43, November 26, 2013 (UTC)

Hey avatarr! can you take look at Reginald Kastle (original) and Rio Kastle (original) pages and tell me what did u think. Should we have pages of the originally of those two twins or not. If your wondering why i'm asking, it's because you seem to know more about the ZEXAL series from your edits. Sphere-cuBE (talk • contribs) 21:49, November 26, 2013 (UTC)

Except that you made it look like a box. Besides, there's also the design rule, where there has to be ~50 numbers in one line. Stretching it out like that makes it look too long; the former looked quite good already. ☺ Energy X ☻ 00:49, March 18, 2018 (UTC)

Retrieved from "https://yugioh.fandom.com/wiki/User_talk:Avatarr?oldid=3939652"
Community content is available under CC-BY-SA unless otherwise noted.