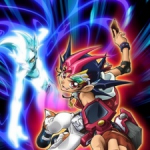 Avoid recreating deleted pages unless you have a good enough reason to. If you feel an article should not be deleted, discuss it on the article's talk page. Thank you. Lord Grammaticus (talk • contribs) 19:52, January 25, 2012 (UTC)

Exodia is FORBIDDEN ONE!

Based on several conversations we've had on the site, we only make pages for a series if there are at least three members with strong relation to one another. Archer doesn't work yet because it doesn't have enough members. If it gets a support card, that would make it an archetype, like "Knight", so we would make a page for it, even if it only had one or two members. --Golden Key (talk • contribs) 18:16, January 3, 2013 (UTC)

I was actually saying not to make an Archer series page. It has over three members, but the only thing they have in common is the name. Monsters whose sole relation is a common word in their name, such as "Archer" and "Clown", don't need pages. Series don't go just by name. --Golden Key (talk • contribs) 18:38, January 3, 2013 (UTC)

If you look at the other series/archetype pages, you will see nothing that says "This certain card has the highest ATK and Level of all the members," or something like that. Series/archetype pages are only meant to describe what unifies the members. Stating that fact about "Dragon Master Knight" did nothing to help support that. Plus, users only need to discuss whether or not to remove stuff from pages if there is excessive editing over it. If we needed to discuss every single change on this wikia, little progress would be made. --UltimateKuriboh (talk • contribs) 20:14, January 3, 2013 (UTC)

Retrieved from "https://yugioh.fandom.com/wiki/User_talk:Andreas-kall?oldid=2295657"
*Disclosure: Some of the links above are affiliate links, meaning, at no additional cost to you, Fandom will earn a commission if you click through and make a purchase. Community content is available under CC-BY-SA unless otherwise noted.