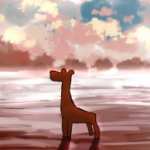 how the **** did he get goatse on the front page? can't some one ban his IP or something?

Please be wary of editing pages that involve game mechanics and the game's rules. For example, when you edited the Ritual Summon page, you incorrectly said the Ritual Material Monsters are "sent to the Graveyard" and "treated as Tributes". That is incorrect. The Ritual Material Monsters are Tributed and then normally sent to the Graveyard after they are Tributed, unless a card like "Macro Cosmos", "Banisher of the Light" or "Dimensional Fissure" is in play. --UltimateKuriboh (talk • contribs) 02:52, August 30, 2013 (UTC)

Retrieved from "https://yugioh.fandom.com/wiki/User_talk:Aexon?oldid=2548659"
*Disclosure: Some of the links above are affiliate links, meaning, at no additional cost to you, Fandom will earn a commission if you click through and make a purchase. Community content is available under CC-BY-SA unless otherwise noted.