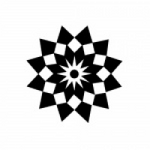 can u add an example of an infernity deck or dark world or combo of both thats works well with the new september list ?

I am sorry to bother you, but could you tell me how do you watch YGO zexal episodes in english sub? I am asking because I cannot find any episodes after Kaito and Jinlong's fight in English Sub. Thanks in advance. Ultimateles (talk • contribs) 16:27, July 10, 2013 (UTC)

If possible, do you want to do it that labeling thing again, except place all the labels inside the artwork? It's no big deal if you don't, but it would be nice. --UltimateKuriboh (talk • contribs) 00:32, October 18, 2013 (UTC)

I like it a lot! We'll keep it on the Trivia page for the card. But ahh, it is possible it might be nominated for deletion, even though I don't think it's very likely. At the very least, we'll keep it up until we get a better, real-card image (where the monsters are easier to identify). If they aren't as easy to identify, I'll request that you put up a new version of that pic with the higher-quality artwork. =3 --UltimateKuriboh (talk • contribs) 00:58, October 18, 2013 (UTC)

The deadline has passed and the punctuality error margin is approaching fast. Do submit soon. --Gadjiltron (talk • contribs) 15:10, November 25, 2013 (UTC)

Her name is Danish in origins, like the original fairy tale. Her clothing also supports this. Also, has combination of the 2 sisters' hair. Ice-themed field. >_> It doesn't help either that Frozen was extremely popular in Japan, being the 3rd highest-grossing film of all time in their country.
The 2 other LDS exchange students are also Disney movie references, though Dennis is unknown yet (The News Boys? Peter Pan? Both musical-esque.). Halil is painfully obvious. However, I wouldn't note that they're all Disney movie references, not until Dennis' reference is discovered. --UltimateKuriboh (talk • contribs) 03:40, February 9, 2015 (UTC)

{{Monster}} is used whenever a monster is Summoned during a Duel. For basic uses, just use the monster's name as the only parameter (e.g. {{Monster|Dark Magician}}) and the output will be the monster's name in quotes, followed by its stats in parentheses. For advanced uses, see the template page. RedDrgn (talk • contribs) 21:11, March 1, 2015 (UTC)

Retrieved from "https://yugioh.fandom.com/wiki/User_talk:Aeron_Solo?oldid=3927567"
Community content is available under CC-BY-SA unless otherwise noted.