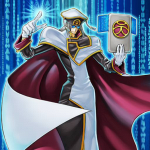 I was deleting all the info on that page. I wasn't the one who created it, the guy who posted the pic was.

Yea, I was thinking of doing that, but I settled for the list since converting it to a gallery page would take a long time. -Falzar FZ- (talk page|useful stuff) 03:41, October 31, 2011 (UTC)

Didn't think of copying the galleries that already exist for some reason... yea, you can do that. Also, the rarities column shouldn't be necessary. Notepad++ can get rid of columns (and also edit columns simultaneously) -Falzar FZ- (talk page|useful stuff) 03:49, October 31, 2011 (UTC)

You can probably ignore adding categories for now, or create it with a sensible name, like [[Category:Tag Force Card Galleries]]
I think there shouldn't be any problems in moving STOR Gallery to something like Set Card Galleries:Storm of Ragnarok (VG-TF06-JP) and adding a link to it at Storm of Ragnarok.
Moving files cannot be done unless it's an by an admin, so Template:Rename is used, and it seems like you've figured it out.
Moving pages can be done by by any registered user by using the rename button at the top of the page.
-Falzar FZ- (talk page|useful stuff) 06:59, October 31, 2011 (UTC)

Also, I mentioned moving pages because according to Project:User page#Images on user pages, copyrighted images shouldn't be used on userpages.
Temporarily putting them there should be fine though. -Falzar FZ- (talk page|useful stuff) 05:41, November 1, 2011 (UTC)

Ah, I wasn't aware that copyright images weren't allowed even on sandbox-style pages. The reason I've created those pages is so that I can visually see which images Yugioh Wikia needs from a certain card set, without cluttering an official page with red-links. But I'm done with my STBL, STOR, EXVC, GENF and PHSW pages and have created their proper gallery pages, so I can go ahead and delete those. AEtherchild (talk • contribs) 05:44, November 1, 2011 (UTC)

One way I could get around that without breaking any guidelines would be to create a card's gallery page but keep it orphaned until it has the images. Or, create the gallery, link to it through the main set page, and just clean up the red links very quickly. Also; Holy Jeebus this Tag Force project has taken me from about 20 edits to nearly 1000 already. AEtherchild (talk • contribs) 05:50, November 1, 2011 (UTC)

Red link clutter happens a lot, so it doesn't really matter. Though, you can also do that if you want.
A similar rate to TwoTailedFox's edits, they add up fast.
-Falzar FZ- (talk page|useful stuff) 05:59, November 1, 2011 (UTC)

A while a ago (when I did not use bots, so I didn't know how they worked) I thought of doing that (User talk:Dinoguy1000/Archive/2011/05#Bots and File names)
and since the template mentioned in that link probably isn't going to be made for a long time; I can add the category (unless Dinoguy makes that template just before I start). -Falzar FZ- (talk page|useful stuff) 05:30, November 1, 2011 (UTC)

Ah, awesome. I'm in the process of learning about bots; I'm not 100% sure how they work, but it sounds like the fact I've been programming in Python for 9 years already might turn out useful. Judging by what was described on Dinoguy's talk page, are you simply adding Category:Tag Force Card Images to every image containing VG-TF in its name? It does sound like it'd be the easiest way. If so I'll go ahead and start adding that category to the artworks I'm uploading. AEtherchild (talk • contribs) 05:40, November 1, 2011 (UTC)

Yikes. Clearly there's been more images from TF5 and previous than I thought. In any case I'm working through renaming all of my Tag Force 5 images on my laptop right now, and planning on uploading artworks from the core sets over the next two or three days. As soon as I clarify which cards from Stardust Overdrive are in TF5 but not TF4 everything gets easier ^_^ AEtherchild (talk • contribs) 07:06, November 1, 2011 (UTC)

Thanks for telling me; that edit was partly manual. The effect types being added are manual (guess I wasn't paying enough attention to the tags); the rest of the page is auto. -Falzar FZ- (talk page|useful stuff) 23:40, December 5, 2011 (UTC)

Congratulations! Your application has been accepted. We would like to give you the following warnings, however.

We encourage you to run your decks by one of the more experienced deckbuilders before posting, at least for the time being. With that in mind, welcome to the team! Lappyzard (talk • contribs) 15:03, March 23, 2012 (UTC)

For "Five-Headed Dragon", you need to add the following to the page:

If it was something like "Thousand Dragon", you will need to add the following:

Make certain that you place them on the page in the right section. The flags (like |fm) are sorted alphabetically so the |fm flag is an "f", |sm flag is an "s" and a |materials flag is an "m". - bolded is incorrect. I am not certain where the flag is required. I will ask.

sorry about my 'malicious' crap

errh.. do you know who own these gallery?

It's a disappoint that your article got locked up... I just ran into someone who thought that "Gaia Dragon" required to overlaying 1 Rank 5 and 1 Level 7 monsters in order to Xyz Summon him. Only couple turns later, he wiped my ass all over the spike floor with his Hieratic Deck. --iFredCat 22:11, July 29, 2012 (UTC)

If you have know about confirming names of "Thunder" Archetype (which appeared in ZEXAL manga), they should not renamed as "Sisthunder", "Mothunder" and "Fathunder". They ought revived back to "OKaThunder", "OToThunder" and other instead of those ridiculously names - Falzar Joey agreed with me in the this article. --iFredCat 12:04, August 11, 2012 (UTC)

Please respond back on this page - because you ignored the message I left on my own talk page: DO NOT RESPOND ANYTHING AT ALL ON MAH TALK PAGE! Understand? --iFredCat 13:53, August 11, 2012 (UTC)

Okay. I was on an iPad and didn't read the page. I am just waiting to see a Sneak Peek checklist for Return of the Duelist to see their name confirmed, to put on DN. So anytime in the next week or so. AEtherchild (Talk|Contribs) 14:44, August 11, 2012 (UTC)

Still, Joey disagreed to that - as of "ZERO-MAX" was full english in Japan version and was printed same when hit TCG. If that's true, then they, the Thunder Archetype, should return to their original name. Call them Parents and sister are just stupid. --iFredCat 14:53, August 11, 2012 (UTC)

I don't think you need permission to link to pages, pretty sure you can just link to things without asking. The rulings here are just compiled versions of what Konami (or other official sites) have, and I'm sure we never asked them :P
-Falzar FZ- (talk page|useful stuff) 04:38, September 2, 2012 (UTC)

Good thing to know you still visit the Wikia, although I have yet to see you frequenting DN. I hope you still have a part on the team that changes lores, because "Number 19: Freezerdon" has yet to be updated. Right now, its lore makes it seem like it can detach 1 Xyz Material to pay the entire cost for another Xyz Monster, when in actuality (according to the rulings for that card), it can only detach 1 Xyz Material as part of the cost. It would be nice if you changed it to reflect the current wikia lore ;). I'd also appreciate a reply. --UltimateKuriboh (talk • contribs) 02:56, December 7, 2012 (UTC)

Retrieved from "https://yugioh.fandom.com/wiki/User_talk:AEtherchild?oldid=2327764"
*Disclosure: Some of the links above are affiliate links, meaning, at no additional cost to you, Fandom will earn a commission if you click through and make a purchase. Community content is available under CC-BY-SA unless otherwise noted.