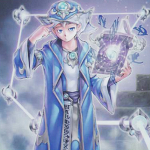 Nope, I am not "calm down". All MediaWiki shit are what ticked me off - they are definite horrible and waste of the time. I am now see "undefined" word just above the Wikia bar, what exact was it job to be there? --iFredCat 22:24, July 11, 2012 (UTC)

Oh damn breathe dude! Nothing you can really do about it... or can you? I really don't know who runs this site. I know wiki's been buggy. Twice now I've had these error messages when trying to get here. Yeah I see that "undefined" crap too. I dunno what's happening as of late. - 魔法師 (talk • contribs) 22:29, July 11, 2012 (UTC)

I am breathing, "dude". Those toys that MediaWiki threw at us should go - We can living without those damn upgrade (known as downgrade in my book). I can't viewing the images in this site: I disliked of how they put the "You get a new Message" box on right rather than left side of the site, as that way I could be able to missing the message in my Talk Page all thanks to information box that synchronized the skin. Last thing - Video! Why they put it in if it has nothing to do with the site for most of the time. Bah those MediaWikis are retard asshats. --iFredCat 22:37, July 11, 2012 (UTC)

Yes I know. It's just like with Facebook, the "higher-ups" are adding and implementing all the retarded ass upgrades that the people using it never asked for. It just ends up pissing off the actual users and annoying the shit out of them. And I had no idea this place had video. Why the hell does this place need video?! Those people, the "Mediawiki asshats," are just disconnected from the actual users and have no idea what they're doing. They do stuff they think people need, even though no one asked for that crap in the first place. And then they ignore actual suggestions turning the place into a hellhole. One day they're gonna go too far with their "crapgrades" and they're gonna alienate their users. - 魔法師 (talk • contribs) 22:54, July 11, 2012 (UTC)

It doesn't matter if it's wakward to pronounce. That's its name. Don't just change it so it will fit to your or other people's ideals. The phonetic is batorasuku. Batora can be butler, which only leaves suku, leading to Butlersk. Is that awkward to pronounce?! Bato is from But, and rasuku is rusk, leading to Butrusk, the actual name. Meaning, there are only 2 choices: Butlersk or Butrusk. MadRest 12:44, July 17, 2012 (UTC)

But that ruins the whole naming scheme to it. You lose the obvious and clear butler+rusk reference by changing the name to those choices. The Japanese have it easier since leaving it as batorasuku leaves the butler (batora) and rusk (rasuku) references intact. Your version ruins the pronunciation and the reference. It cannot be discerned from "Butrusk" that the "But" comes from butler and it cannot be discerned from "Butlersk" that the "rsk" comes from rusk. Plus the pronunciation is still off since those names are pronounced "but-rusk" and "but-lersk". "Butlerusk" is the ideal choice since it fits the naming scheme that all Madolche possess and keeps the butler and rusk reference intact. And everyone was fine with the name "Butlerusk" before. It's you who's changing the name to fit with your own ideals. Apparently because you prefer direct, literal translations regardless of how absurd it sounds in English. 魔法師 (talk • contribs) 20:04, July 17, 2012 (UTC)

Yeah, i know. I apologize, i was going to said that the "Gagaga Spellcasters are level 4 or lower" because I thought you mean both of them were Level 3, but then i stopped for a second and noticed. I apologize for not reading it right.--Falling Stars and Laggia Will rebirth(Talk) 21:07, August 12, 2012 (UTC)

I do see blue in the back of the scope but are you sure that's not just the holofoil? The current image isn't very well lit and I see no reason why they would change that to blue. Though you very well might be right but I don't think there's any difference. And sorry but I don't understand what you said in the second part. - 魔法師 MoFaatSi (talk • contribs) (talk • contribs) 22:12, August 16, 2012 (UTC)

Oh I didn't put those in. I just edited the sentence so that it would flow better. I'm aware that Konami has altered guns and cannons to more of a futuristic glowing "laser" gun and such. I don't really know if they did the same with this card because the picture is pretty dark and far away but maybe they did. I just don't really see much of a difference at this point. But perhaps you're right, it would make more sense seeing as how they have a tendency to. We'll find out in two days time when pics from sneaks come in. - 魔法師 MoFaatSi (talk • contribs) (talk • contribs) 22:25, August 16, 2012 (UTC)

By the way, I just found a pic of the ulti Silver Sentinel [1] I don't see any blue in this image. Maybe because it's ulti but not picking up on any blue on the scope. Maybe original image was just the holofoil shine? - 魔法師 MoFaatSi (talk • contribs) (talk • contribs) 23:51, August 16, 2012 (UTC)

Butlerusk is an impossible translation. Butlerusk, if transliterated, would be pronounced batorarasuku, with an extra 'ra'. A portmanteau can be formed in many ways. What is needed for the translated name, not the TCG name (which plays no part in this), is for it to fit with the pronunciation. And no, its JP name was never Butlerusk. You can't give your own assumptions to what it is. Batora does fit with butler, but the remaining 'suku' makes it impossible to form a valid translation. What I'm saying is, the portmanteau Butrusk is not incorrect, just because it doesn't contain the full word Butler. A portmanteau never has to contain two full words. The only possible translations based on the pronunciation are:

You are too obsessed with the pronunciation. What you are doing is not translating the name, what you are doing is just putting down a romanized transliteration of the Japanese name. You are not actually translating the pun and name into English. The reason it is Batorasuku and not Batorarasuku is because that is how the Japanese make the pormanteau because they use kana instead of letters. They combine words all the time and saw that both words have "ra" in them so they said, let's combine the "ra"s! It is still the same as Butlerusk though since they combined the words "Butler" and "rusk". All the translation requires is to combine "Butler" and "rusk" since that is what the Japanese did and "Butlerusk" is the best way to do this.

Also the TCG name does play a part in this. Konami kept all of the OCG names for the Madolche intact barring the ones that contained Japanese references that the English audience would not understand. Seeing as how they translated it as Butlerusk means the JP name is also Butlerusk. If the original name was "Butrusk" it would've been called "Butrusk", but it's not. It is you who is making assumptions on what it is. You are the only person who insists on Butrusk. All other translators on various sites, Shriek, NeoArk, Pojo, even here, translated it as "Butlerusk" before you decided to come in and change it. What gives you the right to change the name, despite actual Japanese speakers who are vastly more knowledgeable than you translating it as something else. Especially since you, yourself do not know Japanese and someone that does not know the language should not be translating. You are the only one so adament on changing the name to "Butrusk" despite Japanese speakers and Konami saying that is "Butlerusk". - 魔法師 MoFaatSi (talk • contribs) (talk • contribs) 02:07, August 25, 2012 (UTC)

It doesn't fit with the kana. That is my only argument. It is not a matter of opinion. I don't care how other people translate it. Since a discrepancy arises with the name Butlerusk, that means it is not Butlerusk. If you still want for it to be renamed Butlerusk, try explaining the discrepancy of the phonetic name! You just offer points why it should be Butlerusk. You never offered any proof that it fits with the phonetic name. MadRest 15:42, August 25, 2012 (UTC)

Wait, what? You want him to present arguments for why it should be translated as "Butlerusk", and then in the same breath you concede that he's made points as to why it should be "Butlerusk"? Surely I'm not the only one that recognizes the contradiction here.
At any rate, I can confirm that you are the only translator to date (and in your case, I use the term "translator" lightly) who is insisting on anything other than "Butlerusk" in this case; every other translator who has looked at this name, including native and near-native Japanese speakers, have all agreed "Butlerusk" is the only name that makes sense. 「ディノ奴千？！」? · ☎ Dinoguy1000 01:22, August 26, 2012 (UTC)

Well, duh. He needs to present proof to clear up the argument. Butlerusk doesn't fit with Batorasuku. That is clear as day. If someone wants to contradict this, they need to present proof that Butlerusk can be pronounced as Batorasuku. Even you... You just say that it needs to be Butlerusk because it "works better". That is not what I'm arguing about. I'm arguing about the discrepancy between Butlerusk and the phonetic name. No one has ever offered any proof on this; they just say, "Oh, it has to be Butlerusk, because it contains the word Butler, and everyone uses it!". I don't care if other translators use it. The name is wrong since it doesn't fit with the phonetic name. I don't want to hear anything else as a counterargument, unless it disproves this discrepancy. MadRest 09:17, August 26, 2012 (UTC)

Since you have no intention of listening to me or anyone else here, I've asked for further opinions (you'll probably need to register to view that link), garnering the following replies:

No, even Butlrusk would be pronounced differently. Butler is batora, Rusk is rasuku. If you combine them, you get Batorarasuku, not Batorasuku. So, how is it Butlerusk? You're acting as if though Butrusk isn't a valid portmanteau, just because it doesn't have the 'le'. Also, your counterargument makes no sense. Basically, it's this: "Butlerusk would be too stupid to pronounce, so they only changed the pronunciation, but not the word itself". Even though that's impossible. MadRest 19:06, August 26, 2012 (UTC)

You're not arguing against me now, you're arguing against two of the major translators we rely on for the English translations of all of our stuff. If you want to continue this argument, then, you'll have to register on DuelistGroundz and continue in the thread I pointed to above. 「ディノ奴千？！」? · ☎ Dinoguy1000 21:01, August 26, 2012 (UTC)

Retrieved from "https://yugioh.fandom.com/wiki/User_talk:%E9%AD%94%E6%B3%95%E5%B8%AB?oldid=2066433"
*Disclosure: Some of the links above are affiliate links, meaning, at no additional cost to you, Fandom will earn a commission if you click through and make a purchase. Community content is available under CC-BY-SA unless otherwise noted.