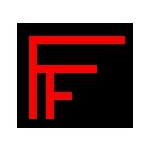 Hello I'm The_FireFALL, you'll usually find me on the Yugioh wiki pages browsing around. I have a very big rule though when it comes to editing. I never delete anything, unless of course it's just vandalism, and I never add anything unless I am certain that what I'm adding is an improvement over what was previously there.

In terms of actual playing ability I've been told I'm pretty good but I go in and out of the game so much that my decks tend to get dated fast. I get the most fun out of Yugioh by trying to take midtier decks and make them into top tier decks, I've had a few successes with this but nothing that would really cause an upset in the game. At the moment I'm running 5 decks; a stun deck, a Nordic deck, a Arcana deck, a Worm deck and a Gladiator Beast deck.

I'll put all my decks up at some point but until then here's my Nordic\Beast deck.

Been a while since I updated this, and I probably will update it soon. Because maaaaaan that Nordic deck is old XD

Retrieved from "https://yugioh.fandom.com/wiki/User:The_FireFALL?oldid=2426918"
*Disclosure: Some of the links above are affiliate links, meaning, at no additional cost to you, Fandom will earn a commission if you click through and make a purchase. Community content is available under CC-BY-SA unless otherwise noted.