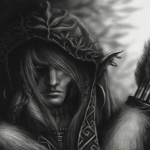 Age - 15 (age means nothing as I'm clearly skilled enough to start both Decks for Free! and the Deck Guide Project)

Founder of Decks for Free! and the Deck Guide Project

If you'd like for me to personally help you make/revise a deck, say that you'd like tantara to work on deck under your request.

The Deck Guide Project is a project designed to create as many guides to as many different archetypes as possible. This is a MASSIVE undertaking and I've put together a group of duelists to create these guides.

To see my potential, idealized decks, please go to my Deck Gallery

To see the decks I've done for Decks for Free!, see my Deck Archive.

Retrieved from "https://yugioh.fandom.com/wiki/User:Tantara?oldid=1217891"
*Disclosure: Some of the links above are affiliate links, meaning, at no additional cost to you, Fandom will earn a commission if you click through and make a purchase. Community content is available under CC-BY-SA unless otherwise noted.