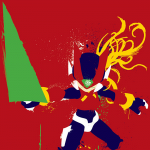 Dislikes: Synchros, XYZ and Pendulum concept, "concept cost is a free brainless benefit" (archtypes), or have 15 free cards on hand, rewriting of old cards and new ruling of first player not drawing.

My First Red-Eyes B. Dragon (Fake), the reason why I ever started playing, My dear Dark Magician Girl, and my Cousin's Red-Eyes, who gifted to me several years ago: http://imgur.com/nkC8yJ3

Feel free to say anything you want about my yu gi oh history, they are my memories, and while is a part of my life that already ended, I'll always cherish this memories.

Retrieved from "https://yugioh.fandom.com/wiki/User:Spiegel_Zero?oldid=3373815"
Community content is available under CC-BY-SA unless otherwise noted.