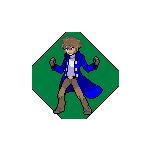 My name is Sanokal, user on this wiki, fanfiction author of Yu-Gi-Oh! Dissidia, part-time deviant, and the only New Zealander on the Internet, and that is all that you need to know. Oh fine, I'll put out a bit more.

I like to consider myself an authority on R, considering I novelized it. Thus I'll attempt to clean up the related pages and add in summaries. Note this useful link as well, very difficult to find on the internet from my experience (thanks Deltaneos) and very valuable for potential DM, R, GX, and 5D's summaries that might need them in the future. You will be sorely missed, janime.

Okay, it seems like I'm the primary source of adding post-air information onto this wiki. So that's a thing. My memory might be a bit hazy though, so feel free to correct the info. One thing that I can't really do is upload images. I can move images from around the wiki, but what I'll do for when I don't have images is that I'll put down hidden notes for picture prompts.

As a side note, I try and stay away from pre-airing spoilers. So PLEASE DO NOT SPOIL ME until I start editing regarding content after it has aired (or I've found out about it).

I have easy access to most manga in English, except the recently released. Currently have Milennium World volumes 3 and 4, 5D's volume 9, and ZEXAL volumes 8 and 9.

After his victorious Duel with Shinji, Sam met Yuya as he left on his Duel Runner. The Topsiders thanked Yuya as he "stopped" Shinji's drivel about the revolution, while the Commons and Crow expressed their hatred for Shinji's defeat. Yuya later realized that he put the victory over his entertainment Duel so he could reach Jack and that made him deepen the commotion between him and the Commons. Shinji returned and at the same time, Jean-Michel_Roger approached Yuya as he was impressed by the Duel, especially when Yuya Pendulum-Synchro Summoned. Because of this, the Commons suspected to have a connection from the Tops and the Security such as being chosen as Jack's opponent earlier though he is not known in the City. Roger defended Yuya saying that he just believed in his potential, by Yuya having the Pendulum Summon.

Roger also said that it was best for Yuya to test the Pendulum Summon with his battle with Jack, where Roger expected Jack's victory. Because of this, the High Council suspected that Roger might be trying to win Yuya by his side but Declan said that he's not that foolish. Sam also started to distrust Yuya and Roger sent Shinji to the Underground Labor Facility. After the incidents, Yuya left to his Duel Runner, claiming that she found Zuzu but a Security officer blocked him. Roger told the officer to let him go. Yuya escaped the Duel Palace and started to call Sora in the Tops' area and later in the slums, not knowing that he was being followed by an officer. Sora found Yuya and the two of them hid. The officer tossed a tracking device and left.

Sora explained that Zuzu was alive and he kept her in a safe place. He also explained his objectives since the Battle Royal and why he was in the Synchro Dimension: to save Zuzu. After Sora teleported away the end of his Duel with Yuya in the Battle Royal, he immediately came to Duel Academy to search for her, but she was not there. Sora also learned that Leo also wanted Zuzu and Celina, so he returned to Standard Dimension only to learn that Declan formed the Lancers, so he came to the Synchro Dimension. After hearing Dennis' connection in Lulu's disappearance, he sent Dennis back to Duel Academy to protect Zuzu. Yuya told him that because he sent Dennis back, the Academy would know that Zuzu and Selena were in the Synchro Dimension, but Sora interrupted that the Academy would know anyway since Obelisk Force may come in the Synchro Dimension soon. Because of Sora's loyalty to the Academy's goal to bring Celina back to the Fusion Dimension, he made a proposal to Yuya: Yuya must bring Selena to Sora while he handed over Zuzu to Yuya and she will be sent back to Standard Dimension. Yuya disagreed because he could not abandon Selena.

Roger eavesdropped on the conversation the whole time via the tracking device. Now knowing that Dennis returned to the Academy, he became afraid that Leo would send Yuri into the dimension. Hesitantly, he went to secure Yuya and Sora to forcefully tell him about Zuzu's location. Yuya swore to defeat Academy and hoped that Sora would open his eyes soon. Yuya saw an officer from a rooftop who shot a net aiming to trap Sora. Yuya pushed Sora out of the way and got caught instead. Yuya told Sora to protect Zuzu; as Sora left, Yuya wished him luck.

Retrieved from "https://yugioh.fandom.com/wiki/User:Sanokal_K-T?oldid=3835132"
Community content is available under CC-BY-SA unless otherwise noted.