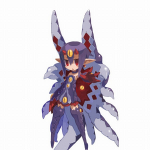 I live in scotland and I play childrens card games

I mostly duel against meta decks, but I dislike using them, as they're just too over used...

I'm on Decks for Free when there is something interesting on it :3

I undo troll pages when i see them :3

If you critisice me then:

Currently, I run a few differnt decks, with many ideas for new ones all the time (limited a ton by budget) Mostly play for fun, though I prefer non-standered

Tables for when i get bored

Rulings I got wrong

Replay: Does not happen when -attacking- side of field changes (IE: Magician's Circle

Priority: Is passed when you have to activate a manditory effect (IE: Sangan Dandylion

RainClaw: I use Elemental Heroes hbu
Resk: i use most decks,
ojamas are my most consistant though,
RainClaw: noob
RainClaw has left the chat.

Retrieved from "https://yugioh.fandom.com/wiki/User:Resk?oldid=4072959"
Community content is available under CC-BY-SA unless otherwise noted.