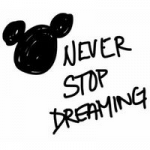 Sorry about my English.

I have a project about reprinting any cards I know. I already have about 300 card from two first Booster Packs Legend of Blue Eyes White Dragon and Metal Raiders, and one from Structure Deck: Onslaught of the Fire Kings (although Konami had reprinted, it also have some cards need to "reprint")... And this one of them, Lava Golem!

Retrieved from "https://yugioh.fandom.com/wiki/User:Onfealive?oldid=2477078"
*Disclosure: Some of the links above are affiliate links, meaning, at no additional cost to you, Fandom will earn a commission if you click through and make a purchase. Community content is available under CC-BY-SA unless otherwise noted.