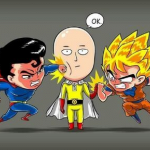 Here are a couple of decks that I play which I have decided to share with others. Yes I am aware that they could be better, be more consistent and (in some cases) have better search power but I'm about making decks for fun. Enjoy.

First up is arguably my favourite engine in the game: The Resonators or Red Dragon Archfiend (RDA for short, haven't quite decided on a name yet.) My first proper Synchro engine and my proper introduction to the character of Jack Atlas, both versions, the... *gulps* Master of Faster. Ugh. Anyway, there's something about the deck that resonates (pun not intended and pun intended) power and that's a good thing. Jack believes that dueling is a clash of souls and I think his decks emulates his personality. Anyway, enjoy.

Next up is the controversial but undoubtedly awesome "Elemental HERO Neos" and his "Neo-Spacian" pals! Now I know what you're thinking; "Ewww why's he writing a decklist about that piece of trash?" (although if you are thinking that you shouldn't have gotten this far after seeing I hadn't written about 'meta' decks) but I absolutely adore Neos. When he first appeared to a younger me on Saturday morning cartoons I knew I had to make a deck out of him and so here it is although I can't take full credit for this one. Check out MaskedHero on YouTube for the original deck list. Also (last point) the Xyz monsters in here are totally optional. You can play things like "Elemental HERO Neos Knight" or "Elemental HERO Escuridao" but I'm not a fan of those cards.

See Neos Neos V3 for updated deck profile. That one was shameful.

Phew, that was a lot of "Elemental HEROes" and "Neo-Spacians". I wonder what's next? *A piece of crumpled paper is thrown in my direction". What's this? ... Superheavy God dammit...

Probably the most consistent deck listed so far, "Superheavy Samurai" is what happens when you mix an interesting idea with a fun mechanic and some underrated OTK potential

Moving on and, coincidentally, the deck that I have spent the most time tinkering with second only to "Red Dragon Archfiend". There have been many different versions of this deck and even now it bricks HARD, harder than almost any other deck I have played with. That's right it's the galaxy shining in the darkness, it's the deck both versions of Kaito adore (well just one actually.. we don't talk about "Cipher") and consider their tamashī. It's "Galaxy-Eyes".

Hello there, bit of a hiatus but I'm back! It's a topical one today as I give a decklist for Yuri's Predaplants. That vicious bastard! XD A deck that when first revealed in INOV I thought was a bit 'meh' but it is now one of my most played decks on YGOPro simply because of how fun it is and how easy it is to Fusion Summon. Now onto some complex spellings and seeing as how I'm typing in the dark this ain't gonna be fun!

Hmmm I'm expecting to rewrite at least half of those names when then hit the TCG XD.

Not as bad as I expected to be honest.

Right well it's been a while. Let's continue with a deck that has so much potential but thanks to the lack of a decent Rank-Up-Magic searcher makes it fall short. That's right, it's Raidraptors.

Hey guys I'm back, new deck today and (surprise!) a semi decent deck today although I've made it crap because I want to make the game fun amazingly enough. I'm talking about SPYRAL.

IKR! Three Convulsion and you're playing Machine Duplication???? Whyyy????? Well to quote Yusaku; three things, one convulsion is pretty funny to play with, two, I haven't added the Extra Deck yet because I'm waiting to see how Links affect the deck (expect a Vullet profile in the future) and three why not? XD

Man I am so excited about this support, you have no idea.

So at my locals we have this thing called non-meta tournaments in which we basically strip away anything consistent or anything that makes things harder for weaker decks to compete. Here's my version of Neos for those occasions (and probably the version which is more fun to play):My friend's Altergeist build which I've pinched from him.

Guess I've gotta talk about it. It's time for "deck whose owner got shoved into the anime to sell more stuff!!"

In all seriousness, the deck is amazing, I just ordered it for the cheap "Ash Blossom" tbh.

Always liked this deck despite it being really bricky and relying solely on smacking into your opponent with "big dragon boys". Oh sod it, it's Malefics:

Don't take those Extra Deck ratios for face value. I just don't know what else to put in there.

So my laptop died a couple of weeks ago making me lose access to YGOPRO and all my decklists so having this resource of my favourites proved to be invaluable. I'm gonna add two more so in case something else happens in the future. Also I've switched to Dueling Book which is... rough but I'll get used to it.

I like this but I don't think I'll ever make it due to "Stardust/Assault Mode" being overpriced as heck. Surprise twist! I am building IRL!

And then a deck that I have a real love/hate relationship with. Tried to build it after Aster's appearance in ARC-V but stopped when I realised it was crap. Ho hum. The new support is nice but I don't expect to build it now because it would require completely buying in the deck which I don't have the time or the money for atm. Oh now it's just a pure HERO deck because sod Destiny HEROes.

(I'm amazed I can still come up with colour combinations for these!)

I'm considering taking apart my Galaxy-Eyes Deck to build this variant. I'm not sure, as much as I love the OTK aspect, the deck loses a lot of the control part that makes the original Galaxy-Eyes great.

Welcome to this new section in which I'm going to ramble about new and exciting things up and coming in Yugioh.

Starting off I'm going to ramble about the Vullet archetype which will be played by Revolver (He's soooooooooooooooooooooooo cool!!!! But he's sooooooooooooooooo dumb!!!!! (just kidding I love Revolver, totally building his deck IRL)) and his new supposed ace "Varrel Load Dragon". I say supposed because he seems to have two aces but who knows, "Varrel Lord" is confirmed to be his whereas "Topologic Bomber Dragon" isn't so who knows. But back to Vullet and OMG GUN DRAGONS YES YES YES. This is everything I've ever needed and more. Please Konami don't make this meta and then unbuyable/unplayable. I'm totally buying these cards on first printing even though it'll be expensive as hell. But that's just the design, the effects of the Vullet cards are pretty similar; they all get effects that activate when they are targeted by Link Monster effects which whilst that doesn't really work with "Varrel Load", works pretty well with "Topologic Bomber" due to it's effect that activates when a monster is summoned to a zone that is linked with it. I'm sure we'll get more support that'll help them perform at their full capacity in the near future but it's an interesting gimmick for an archetype I will. "Varrel Load" is incredibly exciting as well with it's effect that allows it to basically perform a "Snatch Steal" when it attacks then destroy the stolen monster during the End Phase. Badasss!!!!!!!! Anyway, next time I think I'll go into more detail about VRAINS and it's first two eps and why they've been solid. Oh P.S. Can't wait to see how 4K censors Revolver and his cards to be virtually unrecognisable. I think they'll call him Peashooter.

What a disappointing set. It releases in 3 days time as of writing this. First of all, what is the point of raising rarities for cards? I understand a downgrade to make cards harder to get but why raise for cards that were easy to get in the first place? For example, why raise Red Resonator from a common to a rare and lower Galaxy-Eyes Cipher Dragon to a Super rare (although I appreciate that one). Odd. Secondly, why advertise cards as belonging to characters when you're not going to release all their cards? Both Kaito and Jack's decks are in this set but they have failed to release the support that was given to them back in the 20th Rival Collection and that was nearly a year ago. Honestly, I will never understand why Konami continues to delay the release of OCG cards like this. What's even more annoying is that they'll release them with no fanfare in main sets with high rarities! Like "Hot Red Dragon Archfiend King Calamity" (still irritated about the name) and "Stardust Sifr Divine Dragon" in Shining Victories. *Sigh*. We Resonator/Red Dragon Archfiend and Galaxy-Eyes players would really appreciate the release of "Red Rising Dragon" and "Galaxy-Eyes Cipher Blade Dragon". Well guess we still have Battles of Legend: Light's Revenge but still. 4 days after release; yep I was right ;)

Man I wrote this section ages ago (9/11/18 today) and "Red Rising Dragon" still isn't here with us in the TCG. Neither is "Booster Dragon" for "Rokkets" or "Superheavy Samurai Swordmaster Musashi". On a more relevant note, neither is "Crystron Halqifibrax". Come on Konami, why is it so hard to release cards???

Update (25/1/19): well off to the Savage Strike sneak peek tomorrow... it's confirmed we're getting "Red Rising Dragon". About three years too late.... but hey ho at least "Booster Dragon" is confirmed for Duel Power and that's nice.... oh yeah still no "Needlefiber"!!!

Everything I said above about "Vullets" was wrong. Moving on...

Retrieved from "https://yugioh.fandom.com/wiki/User:FatSnorlax?oldid=4281616"
*Disclosure: Some of the links above are affiliate links, meaning, at no additional cost to you, Fandom will earn a commission if you click through and make a purchase. Community content is available under CC-BY-SA unless otherwise noted.