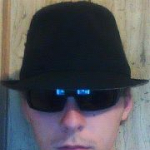 Ok, so I decided to make a chant for each of my favorite monsters for when I summon them for the first time each duel. A friend of mine occasionally asks me to make one for the ace monster in his deck, so I come up with a few.

Let loose your soul and Roar! Let the Earth tremble at your power! Slash the skies with your claws! Come forth: Gogiga Gagagigo!

The Lord of all Spellcasters is here! Disrupt their traps with your mighty Power! Special Summon: Sorcerer of Dark Magic!

When Darkness and Light collide, a powerful Dragon will emerge! Descend! Light and Darkness Dragon!

Oh, you've done it now! The synthesis of man and wolf has created an awesome creature! King of Wolves! Unleash your fury! Ritual Summon: Lycanthrope!

The One who holds dominion over Dragons is here! Disrupt their spells with your mighty Power! Fusion Summon: Dark Paladin!

Burning Soul! Travel at the speed of light to arrive at my call. From the far reaches of space, to this place right now. Roar as I declare the victory that your past could not achieve! I Double Tune my Red Dragon Archfiend with _____ and _____ to Synchro Summon: Red Nova Dragon!

Freeze the heavens, the earth, and the underworld with your mighty power! Let the enemy fear the frozen wasteland that is left in your aftermath! Roar your way to victory! Synchro Summon: Trishula, Dragon of the Ice Barrier!

When the darkness in my soul is revealed, a supernatural being will appear! Utterly destroy the enemy! Synchro Summon: Dark Diviner!

I use these three monsters to create the overlay network. From the depths of Darkness, ascend to me my ace monster! Sap the enemies strength and use it against them! Xyz Summon: Number 96: Dark Mist!

I use these two monsters to create the overlay network. Grow from the sea into a powerful ship! Sink all others with your mighty cannons! Xyz Summon: Number 50: Black Corn!

I use these three monsters to create the overlay network. Victory comes with the Awakening of a great Hero! Let this be mine as I bring forth a new general! Defeat the demons in your own soul and arise! Xyz Summon: Awakened Hero Gagagigo!

Retrieved from "https://yugioh.fandom.com/wiki/User:Charles_Xaqairy?oldid=2026319"
*Disclosure: Some of the links above are affiliate links, meaning, at no additional cost to you, Fandom will earn a commission if you click through and make a purchase. Community content is available under CC-BY-SA unless otherwise noted.