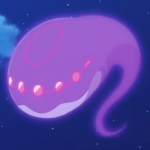 Less Specific Stuff About Me

I have been an intermittent fan of the Yu-Gi-Oh card game for a while; however, only this year was I actually introduced to both the Japanese and the abominable 4Kids version of Yu-Gi-Oh 5D's, and then actually began playing again after an approximately six year hiatus.

My current Deck is a Dragon Synchro Deck, although I now also run Banisharks and Dark World. However, if I were to make any Deck at all, then I would be stuck between a Meklord Deck and a Malefic Deck. Just can't figure out how to make them work.

Also, for those of you who've followed me here from the WDC, I am offline for decent amounts of time. I do build decks quickly though, so just tell me how that should work.

Hey, apparently you can post Decklists here. Who knew? Everyone apparently. I'll do more later.

Retrieved from "https://yugioh.fandom.com/wiki/User:Blue-Eyes_Starlight_Dragon?oldid=1698032"
Community content is available under CC-BY-SA unless otherwise noted.