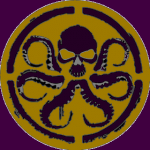 Its hard to choose my favorite cause they are all good, But.... My favorite would have to be Yu-Gi-Oh Duel Monsters (the original/Classic)

Yu-Gi-Oh Zexal surprised me, at first i wanted nothing to do with it but then i watched it and began to like both versions. I follow its best part yet with The Legendary Number War as well as one of my favorite openings as well (Dual Ism of Mirrors)

Yu-Gi-Oh 5Ds well it was good and at times great (mostly the Road to Destiny arc as well as Arc Cradle) I also liked the Earthbound Immortals arc.

I also am a music fanatic and love the Dub music as well as the Japanese music from all 4 shows.

I have many decks mostly Character Decks

Number cards i have collected

Retrieved from "https://yugioh.fandom.com/wiki/User:Bill24601?oldid=2658370"
*Disclosure: Some of the links above are affiliate links, meaning, at no additional cost to you, Fandom will earn a commission if you click through and make a purchase. Community content is available under CC-BY-SA unless otherwise noted.