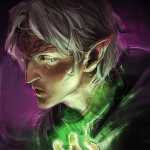 Are confirmed (as well as Number 5: Des Chimera Dragon). They have all been more than 'mentioned' in the show numerous times...
Essentially shouldn't they have a page just as Cosmic Blazar Dragon has a page..?! :P

Retrieved from "https://yugioh.fandom.com/wiki/User:Biennale?oldid=2982365"
*Disclosure: Some of the links above are affiliate links, meaning, at no additional cost to you, Fandom will earn a commission if you click through and make a purchase. Community content is available under CC-BY-SA unless otherwise noted.