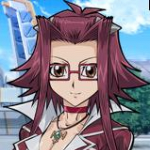 Let's try to write something here.

I edit things than i see are incomplete... just for my sake.

I'm from México, so that means my native language is Spanish, my english is good around 70% (that say a stupid TOEFL exam); but if you see something wrong with me, edit me. xD

I really don't edit in Spanish Wikis because i don't like Spanish names. (lol)

Retrieved from "https://yugioh.fandom.com/wiki/User:AxSkyex21?oldid=4068812"
Community content is available under CC-BY-SA unless otherwise noted.