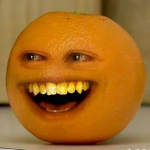 I LOVE Spirit monsters and I hate how Komoney neglects them; I mean, we dont have new Spirit monsters since LVAL (Amaterasu is meh)! More than a thousand cards were introduced since then, but not even a single stupid Spirit monster was released --' FUCK YOU KONAMI! _|_ edit: I'm loving the new support coming on RATE, but I want MOAR! Happily there will be a second Spirit Ritual monster, so I'm hoping it is as good as Hikokujaku.

I like WATER monsters too, specially the "Ice Barrier" (which I hope to see gain new support like a pair of Pendulum Monsters, a Counter Trap Card, a Field Spell...), the "Gishki" and, more recently, the "Nekroz".

I like uncommon builds and long duels, not that meta thingy, with quick, aggressive games; I hate Burn and Stall and "Exodia" Decks. Those are stupid builds that require no skill at all.

Also, UK is an arrogant piece of shit.

And I have a dream: Zigfried von Schroeder's "Valkyries" will come to the TCG!!!!!

I also have a cue that we will have an Axis 5 "Fire Fist" deck. Have you ever noticed that they are based on 108 heroes and there are only currently 21 released? "Fire Fist" is an awesome deck. Period. But, I mean, if today we have only 2 Level 5 "Fire Fists", I dont think they were released for no reason. I gotta a feeling that Konami has plans for them.

I usually edit Tips and Trivia pages based on my own experiences and hope I can bring some useful tips to all players ^^ I also edit pages that weren't updated for a long time and need their example images to be changed or pages that uses Forbidden cards as examples. I also make cleanups and make the texts clearer and more straightforward.

I don't know exactly what card is my favorite, but here are some (I must update this):

My favorite cards (this is not a ranking)

and many others! :p
Retrieved from "https://yugioh.fandom.com/wiki/User:Annoying_Orange?oldid=4072348"
*Disclosure: Some of the links above are affiliate links, meaning, at no additional cost to you, Fandom will earn a commission if you click through and make a purchase. Community content is available under CC-BY-SA unless otherwise noted.