Ultra Rare (Japanese: ウルトラレア Urutora Rea, or simply Ultra) cards are identified by having a gold card name and a holofoil image. The card name can also be red, but these are only available in Japanese promos. The odds of getting an Ultra Rare in a Booster Pack was around 1:12 in Booster Packs before Soul of the Duelist. From Soul of the Duelist onwards, the odds became around 1:24. Reprint sets released after Soul of the Duelist such as Dark Revelation Volume 3 use the 1:12 ratio. After Tactical Evolution the odds dropped back down to 1:12. In the oldest OCG packs, such as Premium Pack 1, almost all cards are Ultra Rare.

In earlier pre-made decks, both starter and structure, there is one card (except Structure Deck: Dragons Collide which contains two) printed in Ultra Rare. Later Structure Decks, such as Synchron Extreme Structure Deck and Master of Pendulum Structure Deck, can have more than 1. These are usually the featured cards of the deck and the highlight of their collection. However, these cards are always predetermined, so it's entirely for show.

The chance of getting Ultra Rare cards in Duelist Packs is 1:12.

Ultra Rare cards are often more valuable than other cards, because they are harder to find and usually more powerful. 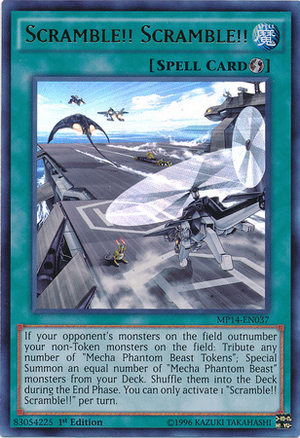 Retrieved from "https://yugioh.fandom.com/wiki/Ultra_Rare?oldid=3267878"
*Disclosure: Some of the links above are affiliate links, meaning, at no additional cost to you, Fandom will earn a commission if you click through and make a purchase. Community content is available under CC-BY-SA unless otherwise noted.