Strings is a generic Duelist in Yu-Gi-Oh! Duel Links. He cannot be unlocked, only appearing as an opponent. This is a video game depiction of Strings, a character from the Yu-Gi-Oh! anime.

He exclusively appears as an opponent during the special event Duelist Chronicles: Battle City Begins! 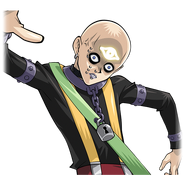 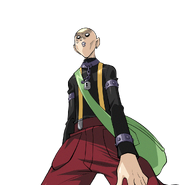 *Disclosure: Some of the links above are affiliate links, meaning, at no additional cost to you, Fandom will earn a commission if you click through and make a purchase. Community content is available under CC-BY-SA unless otherwise noted.
... more about "Strings (Duel Links)"
RDF feed
DULI Deck
Behold the Divine Beast! +  and Slifer the Sky Dragon! +
English name
Strings +
Gender
Male +
Video game appearances
Yu-Gi-Oh! Duel Links +