Start a Wiki
"Speed Spell" redirects here. For the archetype, see "Speed Spell" (archetype).
Not to be confused with Spell Speed, a game-wide term that is not anime- or video game-exclusive.

"Speed Spell Cards" are Spell Cards that work only with the Field Spells "Speed World" and "Speed World 2" and were shown in the anime Yu-Gi-Oh! 5D's. This type of Spell Card is exclusively used in Turbo Duels. 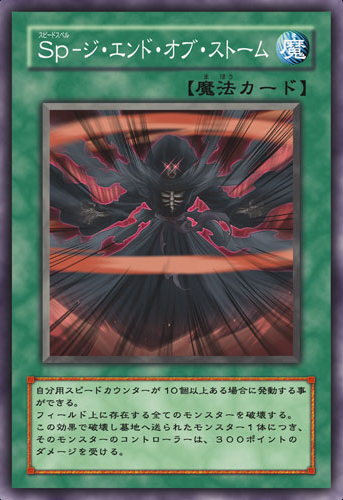 Retrieved from "https://yugioh.fandom.com/wiki/Speed_Spell_Card?oldid=4072770"
*Disclosure: Some of the links above are affiliate links, meaning, at no additional cost to you, Fandom will earn a commission if you click through and make a purchase. Community content is available under CC-BY-SA unless otherwise noted.