Short Prints are identical to Commons, except they are harder to find. The current ratio of finding one in a pack is approximately 1:30. This rarity only exists in the TCG, although it is essentially the same as the OCG's Normal Rare. This rarity was discontinued after Ancient Sanctuary, but was re-introduced in the TCG in Phantom Darkness. In the latest booster packs, the cards that are chosen to be Short Printed cards are the same as the ones chosen to be Normal Rares in the OCG.

According to a post by Kevin Tewart, all Booster Packs contain Short Print cards. 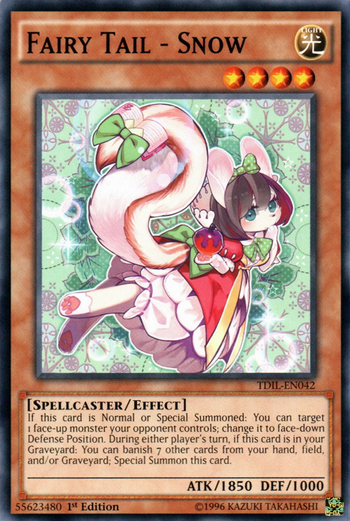 Retrieved from "https://yugioh.fandom.com/wiki/Short_Print?oldid=4079559"
*Disclosure: Some of the links above are affiliate links, meaning, at no additional cost to you, Fandom will earn a commission if you click through and make a purchase. Community content is available under CC-BY-SA unless otherwise noted.