Shatterfoil Rare is a rarity introduced in Battle Pack 3: Monster League. According to Konami, they feature a shattered-glass style image, using the same technology seen in later Duel Terminal sets.

One out of every five cards in a pack of Battle Pack 3 is a Shatterfoil. All Xyz Monsters in the set can only be found as Shatterfoil Rare cards, making them more difficult to obtain than any other card in the set (similar to the Egyptian God Cards from Battle Pack 2). 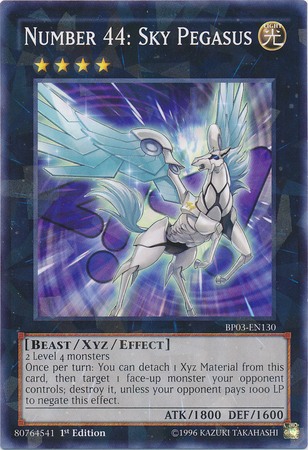 Retrieved from "https://yugioh.fandom.com/wiki/Shatterfoil_Rare?oldid=4043462"
*Disclosure: Some of the links above are affiliate links, meaning, at no additional cost to you, Fandom will earn a commission if you click through and make a purchase. Community content is available under CC-BY-SA unless otherwise noted.