This rarity name is only used in the TCG, where it is seldom seen in sets; on the other hand, almost all standard OCG Secret Rares use this prismatic pattern. Early TCG video game promos were Prismatic Secret Rare, but this style disappeared after video game promos became Super Rare. The pattern was later re-introduced to the TCG, included in World Superstars, instead of regular Secret Rares. It was then retired only to reappear in the 2019 Gold Sarcophagus Tin years later. It then made another appearance in the 2020 Tin of Lost Memories. 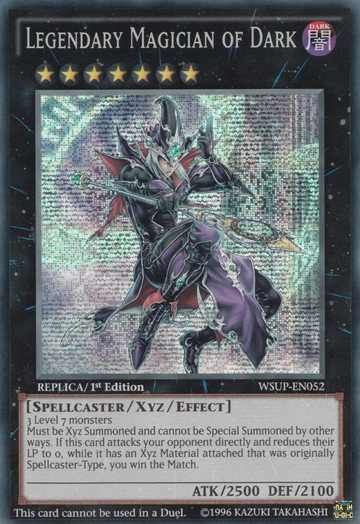