The Priests of Light are unnamed characters appearing in the Yu-Gi-Oh! 5D's manga. They lived in an ancient era and were the Duel Priests who originally held the Duel Dragons.

When Rex explains to Yusei Fudo about the Duel Dragons, he reveals that 5 of the dragons originally belonged to the Priests of Light, with "Stardust Spark Dragon" being revealed to be one of them.[1]

After the Duel between Yusei and Crow Hogan, both were transported to a coliseum in an ancient time by a blank Duel Dragon card. There, they found one of the Priests, who challenged Yusei to a One Shot Run in order to undergo the Ritual of the Duel Dragon. Yusei accepted the ritual, and both clashed, with Yusei's monster being "Lightning Warrior" and the Priest's monster, "Stardust Spark Dragon". While they rode, the miasma of the Priest's dragon affected Yusei for a moment, but he quickly regained consciousness, and stopped riding, accepting the dragon's blow.[2] After that, Yusei and Crow went back to their era, with Yusei obtaining the Duel Dragon from the Priest.[3]

The names of the Duel Priests are not revealed. They seem to be the current Duel Priests' past ancestors. 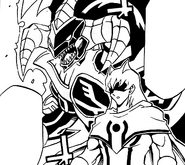 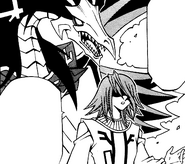 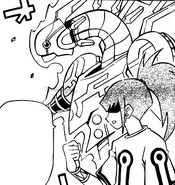 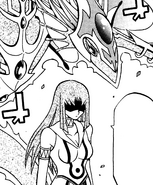 The holder of "Ancient Pixie Dragon"

Retrieved from "https://yugioh.fandom.com/wiki/Priests_of_Light?oldid=3782290"
*Disclosure: Some of the links above are affiliate links, meaning, at no additional cost to you, Fandom will earn a commission if you click through and make a purchase. Community content is available under CC-BY-SA unless otherwise noted.