View source
watch 02:58
No Man's Sky Update - The Loop
Do you like this video?
Play Sound

Premium Gold Rare is a rarity introduced in Legendary Gold Box in the OCG and Maximum Gold in the TCG. A Premium Gold Rare card has thick golden outlines and frames, they can be felt by touch, the level stars are also thick and the red circles are deep, so they are also visibly risen. This effect is also applied to the card name and attribute kanji and the monster's outline. The effect is as if every golden part has been written with actual metal poured in. The rest of the image looks just like an Ultra Rare card. But the whole card has a final layer that gives a golden glass shine to its entirety. 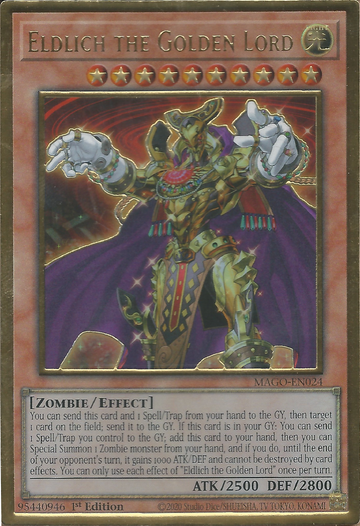