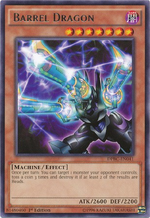 "Once per turn" effects can be identified by the text "once per turn" in their activation conditions. These kinds of effects can only be used once per turn, per card, while that card is face-up in its current location. However, this restriction only applies to the card itself, and does not affect other copies: Multiple copies of the same card, in the same location, can activate the effect of its own.

Even if an effect or its activation is negated, the effect cannot be activated again that turn. This restriction only applies to that copy of the card; if a player is in possession of multiple cards with the same name that have the same "Once per turn" effect, they can activate each one during that turn.

If a card ceases to be in the same state after using the effect, the restriction is reset, and the effect can be activated again.

Only once per turn

"Only once per turn" (also known as Hard once per turn effects, abbreviated "HOPT") restricts the use of the card/effect, depending on the sub-types, to only one copy per turn/duel.

The reference to the effect is most often "the effect" or "this effect", but can also be other references such as "1 of these effects", "each of the preceding effects" etc. depending on the structure of the card's text.

If an effect has this condition, each player can only activate that effect of cards with the same name once per turn. This kind of condition is not affected by cards' names being changed; for example, if "Fairy Archer" activates its effect, even its name is changed by "Hero Mask" later that turn, it cannot activate its effect again that turn.

This condition is found only on Spell and Trap Cards, and only on those which are one-time use (Such as Normal Spell Card). If a card states this restriction, card with the same name can be activated again that turn, even if but only if, its activation is negated. If an effect is negated, then another copies cannot be activated.

The more common type, found on Monster cards, and multiple use/off-field effects of Spell and Trap Cards. If a card states this type of restriction, and either its activation or effect is negated, you cannot activate it once again.

Only 1 effect once per turn 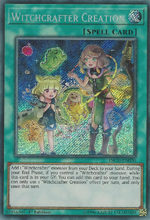 The most restrictive of restrictions. In addition to preventing multiple copies from being used, it also prevents the usage of the card's other effects for the turn if one of its effects has been used during that turn.

"You can only gain this effect once per turn" 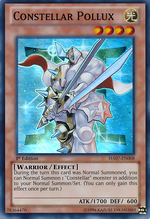 These effects can be identified by the text "(You can only gain this effect once per turn.)".

Most effects with this text allow the player to perform an additional Normal Summon/Set that turn without starting a Chain, but only one of these effects can be gained per turn. The only cards with this text that do not have such an effect are "Zefraath" (which grants an additional Pendulum Summon) and "Dice Re-Roll" (which allows a player to redo a dice roll).