"Fortune Lady Light" and "Fortune Lady Fire" were first released in Ancient Prophecy, while the rest were released in Stardust Overdrive. The archetype would not get another support until almost 10 years later in Rising Rampage and Collection Pack: Duelist of Revolution.

Like many female cards, the artworks of the "Fortune Lady" monsters were censored for international release: the color of their skin was changed to look like they are wearing tights, and on some of them, the amount of cloth around the groin was also increased; and their busts were reduced or their cleavage was removed. For example, "Fortune Lady Fire" has light red skin in the original artwork, which is changed to turquoise blue in the international artwork. In the dubbed version, only the monsters' hip and thigh area are censored by extending the black clothing. The censorship toned down significantly for "Past" and "Ever" and the support cards featuring them with only the clothing in the pelvis area extended, leaving their cleavage line and bare skin intact like the dubbed version. 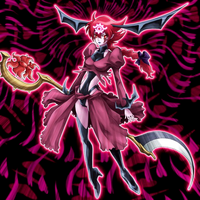 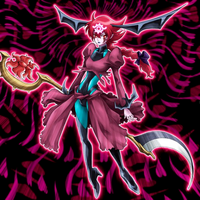 Likewise "Fortune Lady Earth" is a situational card in a pure "Fortune Lady" Deck. This is because she is only useful as a beatstick, since her burn effect is poor compared to other true Burn theme cards. Following the release of "Fortune Lady Every" however, increases her usefulness by using her as a Synchro Material along with "Fortune Lady Past"

The release of "Fortune Fairy Hikari", "Fortune Lady Calling", and "Fortune Vision" allow the deck to increase their consistency in swarming along with Summoning and Activating "Light's" effect. "Fortune Lady Past" can also activate "Light's" effect, boosts their Attack and Levels, and grants the deck an access to powerful Synchro Monster, notably the archetype's very first Synchro monster "Fortune Lady Every" who will continue to punish the opponent by banishing their face-up monster during your Standby Phase, and can always Special Summoning herself from the Graveyard during the opponent's End Phase by banishing another Spellcaster monster. "Fortune Lady Rewind" can provide instant swarming and trigger "Fire" and "Water's" effect, providing more advantage.

Even though the "Fortune Ladies" have an immense amount of draw power and can grow in strength with each passing turn, their effects can easily be ruined through simple effect-negating cards such as "Forbidden Chalice", "Infinite Impermanence", "Skill Drain" and "Gladiator Beast War Chariot". Worse, due to their dynamic Level values and the fact that they are composed of each of the six main Attributes, cards like "Gozen Match", "Battle of the Elements", "Attention!" and "Unification" can not only expunge them off the Field but even keep it that way for quite some time, which can be better than using mass-removing staples like "Dark Hole" and "Torrential Tribute". By a similar token, "Doom Donuts" and "Gorgonic Guardian" can also clean house since a "Fortune Lady's" original ATK and DEF would both be 0. Still with their ATK, "Number 103: Ragnazero" "Overworked" can also control them whether their ATK is higher or lower. Lastly, "Fortune Ladies" can easily be sent to the GY without being destroyed, shuffled back into the Deck and be Tributed through "Kaijus", "The Monarchs Stormforth" and "Lava Golem".

Level reducing cards such as "Hallohallo", "Demotion", "Silent Strider" and "Mischief of the Yokai" can be odd choices to temporarily counter "Fortune Ladies" because lower Levels will spell lower ATK and DEF (even less than than their initial values after a "Fortune Lady's" Summon if used early on any "Lady" other than "Light".)

Finally, "Number 33: Chronomaly Machu Mech" can deal "Fortune Lady" players a very expeditious end. Since a "Fortune Lady's" original ATK and DEF would both be 0, it can jack up its offensive points to astronomical heights hastily whilst also seriously Burning the player (especially if its effect targets "Earth" or "Dark", the two strongest "Ladies" in terms of their base Levels.) ATK boosters like "Solidarity" and "Time Passage" only make "Machu Mech's" potency against this Deck more of a debacle.

Retrieved from "https://yugioh.fandom.com/wiki/Fortune_Lady?oldid=4246354"
*Disclosure: Some of the links above are affiliate links, meaning, at no additional cost to you, Fandom will earn a commission if you click through and make a purchase. Community content is available under CC-BY-SA unless otherwise noted.