Field Spell Cards, formerly Field Magic Cards (Japanese: フィールドカード Fīrudo Mahō Kādo), have the advantage of being able to change the entire state of play for its controller's or for both players' side of the field. They are Spell Speed 1 and are placed on the Field Zone, apart from the Spell & Trap Zones.

Most Fields center around boosting ATK and/or DEF for cards with Specific Attributes, Types or Archetypes. However, many Field Spells have other effects, such as recycling cards ("Madolche Chateau", "The Grand Spellbook Tower"), weakening the opponent's monsters ("Shien's Castle of Mist"), searching monsters and/or swarming the field ("Naturia Forest", "Shrine of Mist Valley", "Scrap Factory") or even preventing the Field from being swarmed ("Summon Breaker"). Most Field Spells affect all players, but some apply their effects only its controller's side of the Field ("The Seal of Orichalcos", "Mount Sylvania", "Closed Forest").

A player may activate or Set a Field Spell Card at any time during their Main Phase. If the player already has a card in their Field Zone, the existing card is sent to the Graveyard first. Field Spells must remain on the field to resolve, so their effect(s) are not applied if they are destroyed before they can resolve (for example, if "Mystical Space Typhoon" or "Cosmic Cyclone" is chained to that Field Spell Card's activation).

In the Yu-Gi-Oh! Tag Force video games, Field Spell Cards can produce an animation on the Playing Field, such as a soaring bird for "Rising Air Current". 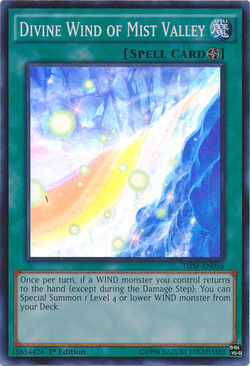