A Duel Gazer, known as a D-Gazer (Ｄ－ゲイザ, Di - Geiza) in the Japanese version, is a device in Yu-Gi-Oh! ZEXAL which is worn over a person's eye. It allows the wearer to watch duels in an augmented reality setting.[1]

In anime, they have been shown to be used as communicators, such as phones. They have also been shown to link together two different Duel Gazers for Duels and allow any other Duel Gazers to link to the Duel to see it. This most likely allows spectators to follow just one Duel even if there are multiple Duels using Augmented Reality occurring in the local area.

Like Duel Disks and Duel Runners, Duel Gazers have a standard version (light grey with blue lens), but also has different design colors, and different versions can be adapted with glasses as seen with Flip.[2] Nelson Andrews' Esper Sparrow mask can be connected with a Duel Gazer in a similar way as Flip's glasses.[3]

Some Duelists use special tattoos found at their left eye in place of a Duel Gazer. When activated, it spreads around the eye, forming into a shape that's unique to every Duelist.

Kite Tenjo is the first Duelist seen capable of Dueling without a normal Duel Gazer.[4] Consequently Trey, Quattro, Quinton, Dextra, Nistro, and Luna are capable of being able to Duel like that as well.[5][6][7][8] When Trey receives special powers from Vetrix, his tattoo starts to glow, and cover more of his face.

In addition, although Astral does not need a Duel Gazer to Duel, his left eye is golden, as opposed to his light blue right eye, which is similar to the fact that a person wearing a Duel Gazer tattoo over their eye has their left eye color change.

Standard
Add an image to this gallery 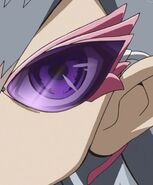 Cathy (In the manga) 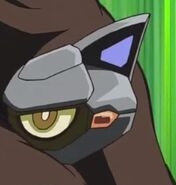 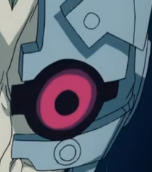 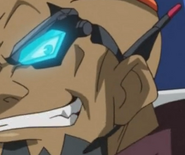 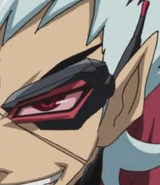 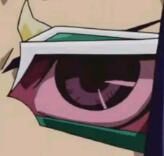 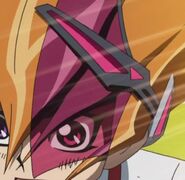 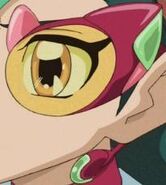 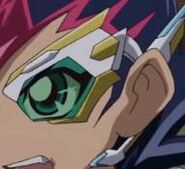 ZEXAL Yuma Tsukumo
Add an image to this gallery 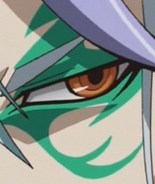 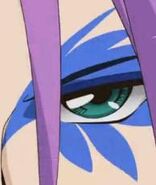 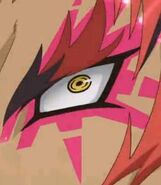 Luna
Add an image to this gallery 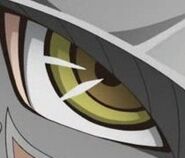 Vetrix - He uses his right eye as a Duel Gazer, although how he does that is unknown. His eye barely changes - it only appears to become more luminous, as if there was a kind of lens on it.

Barian-possessed - When a person possessed by Gilag duels, their right eye changes colour similar to a Tattoo Duel Gazer, but unlike it, it doesn't gain a "Tattoo" or marking. 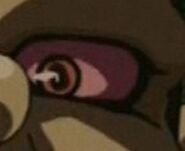 Captain Corn - He uses his eyepatch as a Duel Gazer.

Cologne - She appears to wear a kind of lens as a Duel Gazer, but nothing was said about it.
Add an image to this gallery

Retrieved from "https://yugioh.fandom.com/wiki/Duel_Gazer?oldid=2252981"
*Disclosure: Some of the links above are affiliate links, meaning, at no additional cost to you, Fandom will earn a commission if you click through and make a purchase. Community content is available under CC-BY-SA unless otherwise noted.