View source
watch 02:56
Raise a Floppa - The Loop
Do you like this video?
Play Sound
This article is about the TCG Booster Pack. For the OCG Booster Pack, see Collectors Pack: Duelist of Legend Version.

Dragons of Legend is a Booster Pack in the Yu-Gi-Oh! Trading Card Game (TCG). It includes dozens of famous cards from the first four Yu-Gi-Oh! TV series. All cards in this Booster Pack, except "Guardian Eatos", had not been previously released in the TCG.

There are 5 Cards per pack, 4 Super Rares and 1 Secret Rare. The set contains 51 cards, including: 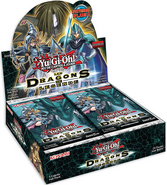 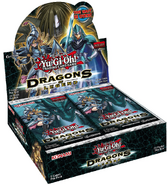