She appears as a Rare Partner available in Yu-Gi-Oh! Duel Arena, with a default of 4 Rental Points. Her partner ID is P031. She also appears as an opponent at Stage 7-1 under Quest mode.

However, she also appears throughout the game to help the player in the Tutorial Duels, and makes appearances giving messages explaining what to do in certain menus, or warning that the player is already performing a certain action when they start a new one.

The beloved and only pupil of "Dark Magician", and successor to all of his power.

So nice to meet you!
Can you defeat the combination of me and my master?

Bond of Master and Pupil
Monsters (19)

Bond of Master and Pupil
Monsters (18) 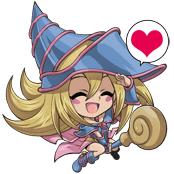 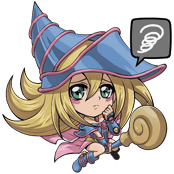 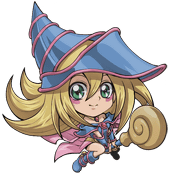 Neutral
Add an image to this gallery
Retrieved from "https://yugioh.fandom.com/wiki/Dark_Magician_Girl_(Duel_Arena)?oldid=2993312"
*Disclosure: Some of the links above are affiliate links, meaning, at no additional cost to you, Fandom will earn a commission if you click through and make a purchase. Community content is available under CC-BY-SA unless otherwise noted.
... more about "Dark Magician Girl (Duel Arena)"
RDF feed
Corresponding card
Dark Magician Girl +
DAR Deck
Bond of Master and Pupil +
English name
Dark Magician Girl +
Gender
Female +
Video game appearances
Yu-Gi-Oh! Duel Arena +