Counter Trap Cards (Japanese: カウンターカード Kauntā Torappu Kādo) are a unique Trap card type that are of Spell Speed 3. Being the only cards/effects that are Spell Speed 3, only other Counter Trap Cards can be activated in response to them. Most of them can only be activated to negate or punish the activations of other cards, or Summons of monsters. Although there are some that can be used to start a Chain on their own by the mechanic, such as "Intercept" and "Drastic Drop Off", their activation requirements is against an action that does not start a chain.

Counter Trap Cards can be activated during the Damage Step.[1]

At least a few Counter Trap Cards are vital in most Decks—without the ability to prevent an opponent's card effect from activating, there is little guarantee of being able to prevail against an opponent, especially if the player has no idea what the opponent's strategy is or what cards they may be playing. Many of the more powerful Counter Traps have a cost or downside to using them so attempting to rely on a very large number of them may result in greatly diminished resources for the player to use. Other than that, most Counter Traps can only negate the activation of a Spell/Trap Card, or Monster Effects; they cannot negate Spell/Trap effects that are already face-up on the field or in the GY. 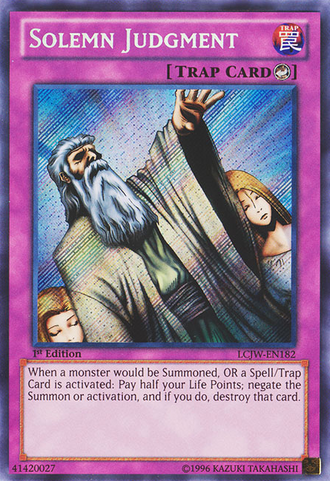