View source
watch 02:34
Fire Emblem Warriors: Three Hopes - The Loop
Do you like this video?
Play Sound
This article is about the card rarity. For the faction in the Yu-Gi-Oh! ARC-V anime, see Commons (ARC-V).
"C" redirects here. For the series, see "C". For the archetype, see C (archetype).

A Common (Japanese: ノーマル Nōmaru "Normal"; Korean: 노멀 Nomeol "Normal"; Chinese: 普通 Pǔtōng "Common") card is identified by having a black (white for Spells, Traps, and Xyz Monsters) card name, and does not have any holofoil on the card name or image. Some Common cards are short printed by Konami; listings of these were made known and first coined, in Beckett Yu-Gi-Oh! Collector.

For Booster Packs from Legend of Blue Eyes White Dragon to Light of Destruction, packs always contained 8 Commons, from The Duelist Genesis to Dimension of Chaos, it is possible to have a pack with only 7 Commons, since it is possible to get a Rare and a Holo in the same pack and from Breakers of Shadow onward, the said Holo from the 9 cards is guaranteed, making 7 Commons a given. Booster Packs outside the Booster Pack Rainbow series contain a different amount of cards in each pack; some may not even have any Commons whatsoever. Because they're so easy to find and are often much less powerful than rarer cards, commons are worth much less than other cards. That doesn't mean commons can't be powerful and valuable, though. 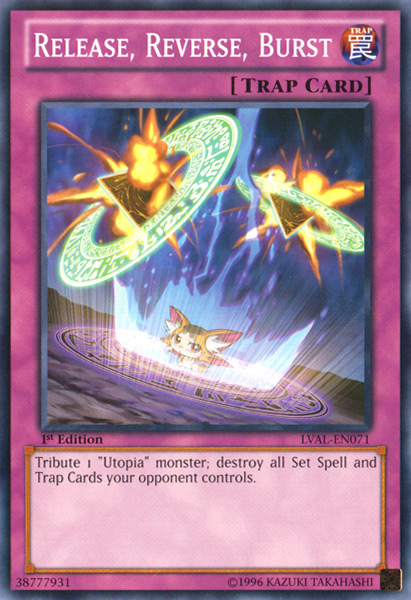