View source
watch 02:56
Raise a Floppa - The Loop
Do you like this video?
Play Sound
For the similarly named Spell Card, see "Bounce Spell". 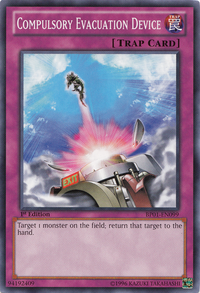 Bouncing is an unofficial term that refers to the act of returning cards on the field to a player's hand through a card effect. Cards like "Penguin Soldier" and "Gravekeeper's Guard" are considered bouncing cards. This is not to be confused with spinning, which is returning a card from the field to the top of the Deck. Extra Deck Monster Cards cannot be returned to the hand, and are instead returned to the Extra Deck when bounced.

Much less commonly, the word bounce may refer to when an attack doesn't destroy what it was supposed to destroy, to literally "bounce" off its target, such as with "Spirit Reaper" or "Marshmallon".