View source
watch 02:46
The Quarry - The Loop
Do you like this video?
Play Sound
"Accel Synchro" redirects here. For the manga card, see Accel Synchro (card).

When Accel Synchro Monsters were printed in the OCG and TCG, they were changed to regular Synchro Monsters. The first, "Shooting Star Dragon", premiered as the cover card in the booster pack Starstrike Blast. The set also contained the first printed Tuner Synchro Monster, "Formula Synchron". 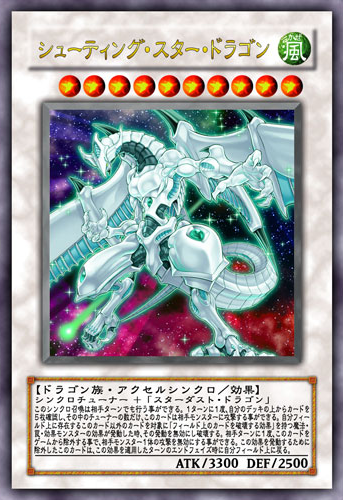