Pyro ( Honō "Flame") are a Type of monster that are almost always of the FIRE Attribute, and represent control over FIRE, or they may be an embodiment of fire itself. Their effects often involve the dealing of effect damage to the opponent.

Currently, there is no Field Spell Card designed especially for Pyro-Type monsters, though the card "Molten Destruction" works to increase the ATK of FIRE monsters by 500.

Support cards include "Gaia Soul the Combustible Collective", "Solar Flare Dragon", "Royal Firestorm Guards", and "The Thing in the Crater".

Although powerful, Pyro-Type monsters are weak against cards such as "Oxygeddon", "Water Dragon", and "Umi". 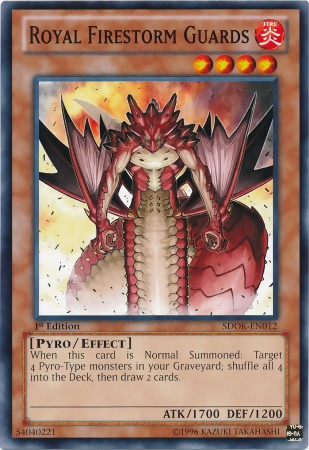