To pay (Japanese: う Harau) is to give up Life Points for a card effect or cost. In most cases, paying Life Points is a cost; however, "Gishki Photomirror" and "Number 44: Sky Pegasus" causes the player and allows the opponent to pay Life Points for an effect, respectively.

"Spell Economics" allows the player to activate Spell Cards that normally require Life Points to be paid as a cost, such as "Dimension Fusion" and "Brain Control", without paying those Life Points.

"Destructive Draw" is the exception to both the aforementioned rules. If its controller cannot pay its maintenance cost, instead that player's Life Points become 0. 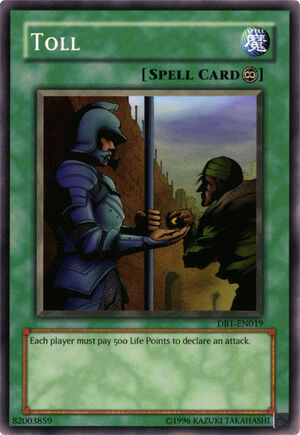