Beast-Warrior (Nhật: ) là một Loại quái thú that usually resembles anthropomorphic animals or other half-man, half-animal creatures such as centaurs. Their effects generally apply after destroying a monster, and help them destroy monsters easier. Many of their effects also deal with Normal Monsters. However, a lot of their effects tend to give an advantage during battle, like "Exarion Universe" and "Enraged Battle Ox". 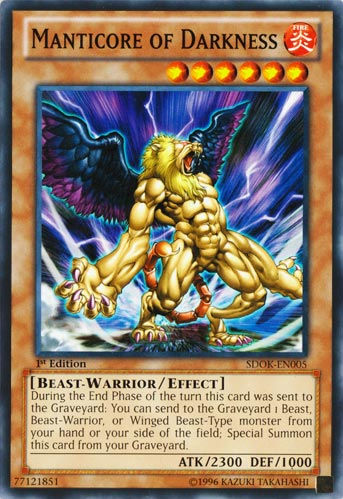