Wooden cards of the Duel Sanctuary in Yu-Gi-Oh! ZEXAL

"Get Your Game On!" card offered at WC07 tournament
SummonedSkull-SDY-EN-C-UE-Sample-Back.jpg
"Summoned Skull" from the first Starter Deck: Yugi in the TCG

Yu-Gi-Oh! BAM in the Deck 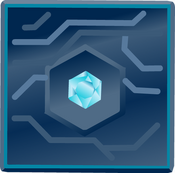 Yu-Gi-Oh! BAM on the field