What's on your mind?

I made a deck so I decided to post that here! This Deck is called Deck Shift and is based around forcing your opponent to play in ways... That their decks aren't made to. This is my first time making a deck though, so it probably stinks. Okay here it is.

A Wingbeat of Giant Dragon

Hebo, Lord of the River

Anyway, the cards in the deck are here because they work well offensively and defensively. One card in particular, Gendo, lets me change the way both players play the game by making all Attack Mode effects disappear so that both players have to adjust to a defensive environment. The thing is that opponents will usually damage my life points while destroying Gendo on the field, so I decided to add True King Bahrastos to let me instantly put Gendo in the graveyard and get a defense monster at the same time. Utgarda's in here to summon Nine-Lives cat, and my other cards mainly revolve around the different types of summons: Pendulum summoning with my pendulum cards, Link Summoning with Donyoribio, Synchro with hard-to-pronounce robot frog, Fusion with Elder Entity, who is also probably the best card in the deck, and Xyz summoning with... Like, all of my level 8 and 9 monsters, Megalith Promotion, and the Palezoics. Anyway, how do you think I did on my first time building a deck?

3 Called by the. Grave

Yazi, evil of the yang zing

shooting riser dragon(awkward on this one)

If Avramax is destroyed by battle, does his shuffle effect trigger? I argue yes because it just states "opponent's card" but my opponent disagrees.

Player 1 activates “Raigeki” but player 2 responds with a quick effect using “Spyral Sleeper” which destroys cards player 1 controls including “Raigeki”, so does “Raigeki” still resolve even tho it’s been destroyed?

Player 1 activated SS ENGAGE, but player 2 responds with SG UTILITY WIRE which sends engage to the top of player 1’s deck, so does engage still resolve because it wasn’t negated?

Am i the only one who finds it weird that konami adds cards from zexal and arc-v but no worlds of those series, and they add sera and scudd while they had no duels in dsod instead of someone like dva? 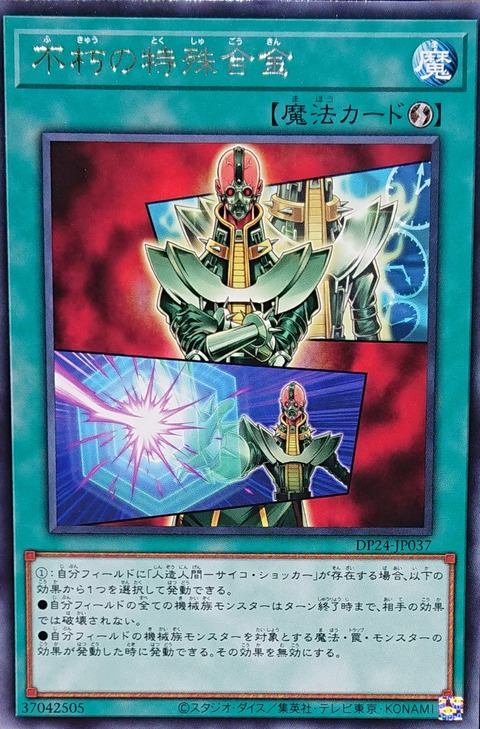 (1) If you control a “Jinzo”, select and apply 1 of the following effects:

•Machine monsters you currently control are not destroyed by your opponent’s card effects until the end of this turn.

•When a Machine monster(s) you control is targeted for an effect: Negate that effect.

Hi guys, I have 1 question that is bothering me:

Can called by the grave negate the last effect of scrap dragon when triggered (destroyed and send to the GY)???

TY so much for the answers

Called by the Grave

Just came back while being in lockdown and been trying to modernise my horus deck. This is what ive cone up with so far. Im still catching up on all the new cards and mechanics since i stopped in like 2015 or so. My apologies if ive missed obvious cards or something. And yes its just notes on my phone 😂 still waiting on the cards to arrive atm 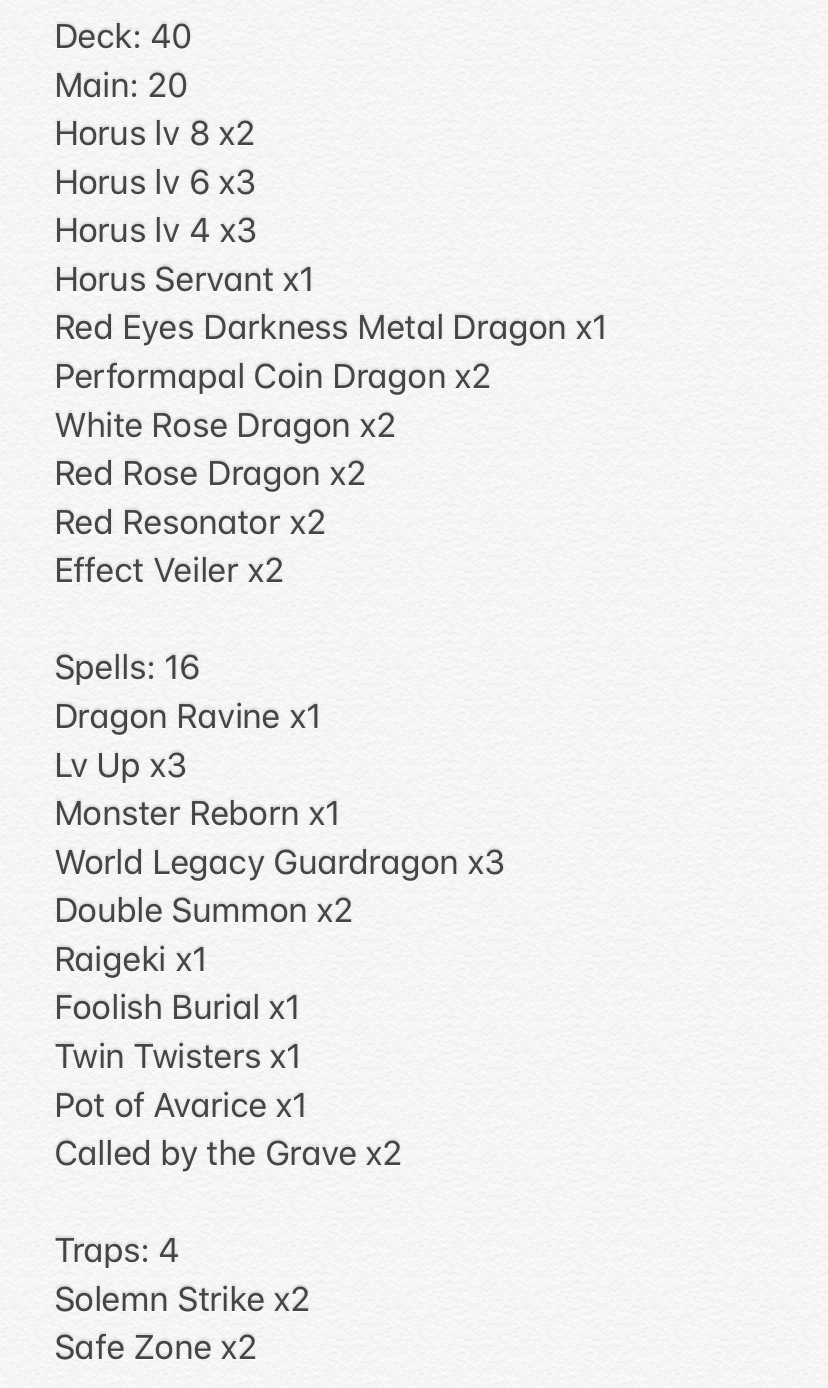 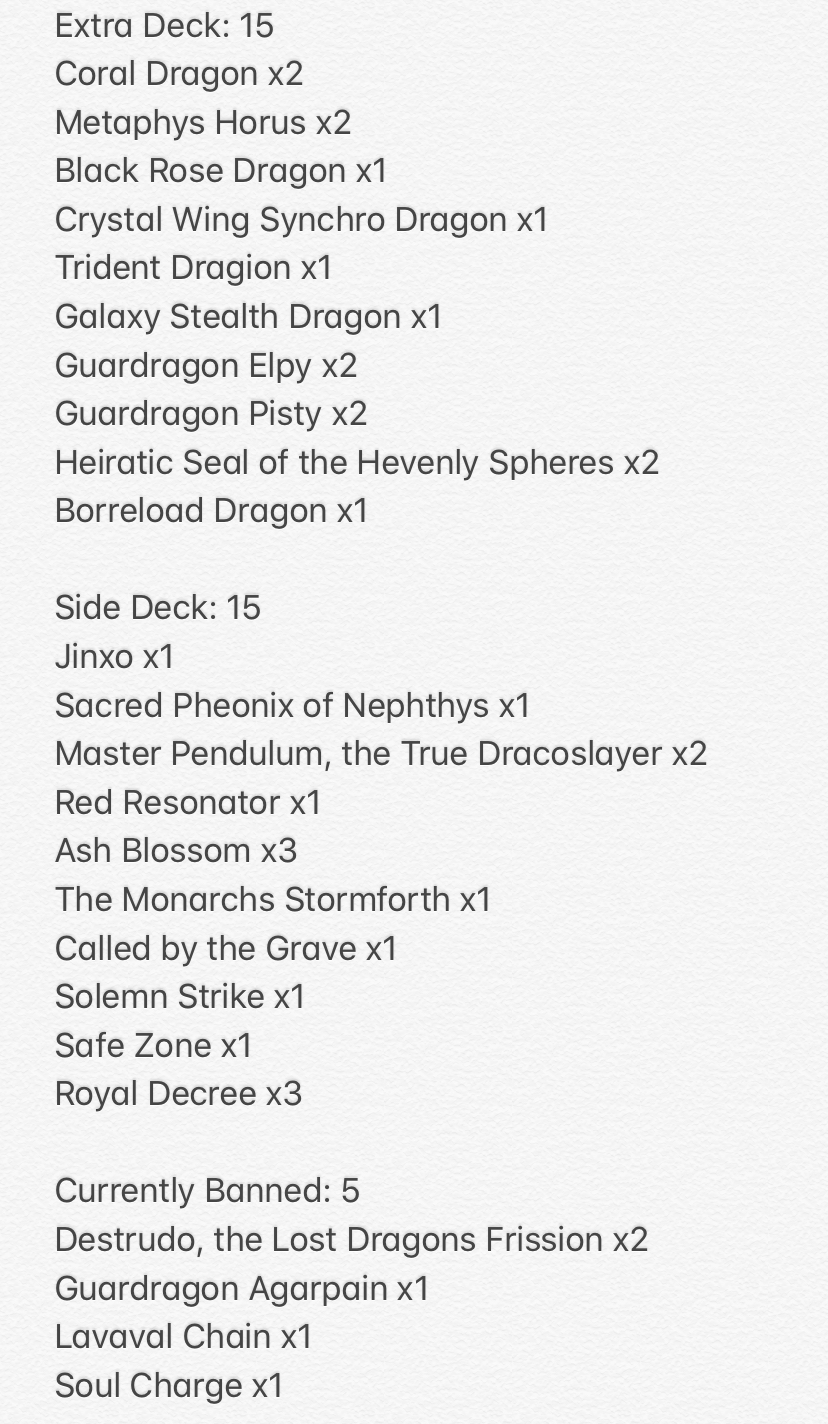 I am looking for yugioh dueling websites for mobile that work on school internet. Does anyone know any?

1-when you used to run the seal of orichalcos in monarchs before domain ; what was your win/lose ratio with your pre-2016 support monarchs

3- some ruling questions for me 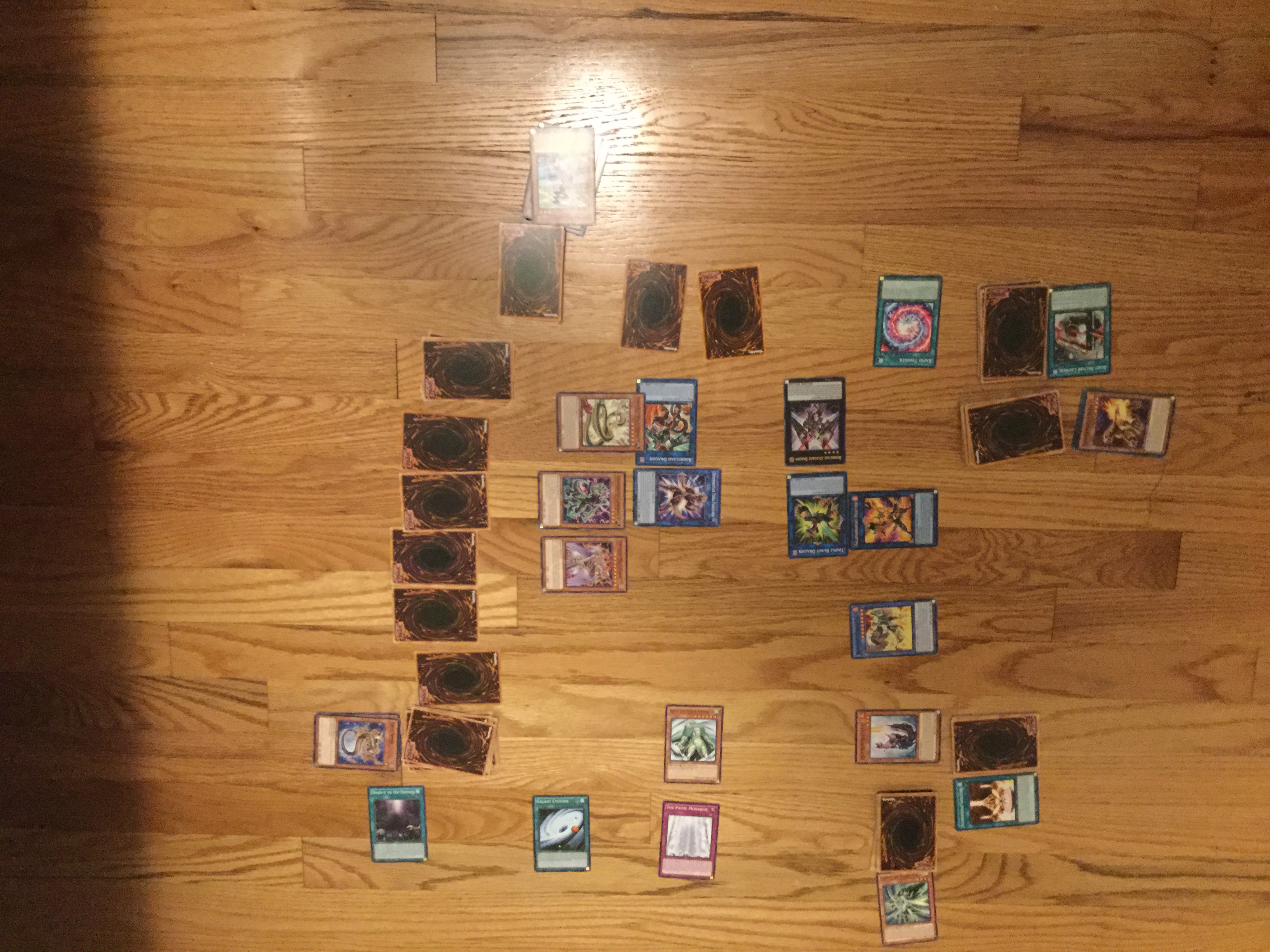 It's strictly four players, though. No more, no less.

The link arrows of a player's monsters can only point to the players on their left and right, but never across. The battle positions of monsters will be determined by their position on the controller's field, so an Xyz Monster in Defense Position in the EMZ will still be in Defense Position for the player on the left/right.

Battle position still does not apply to Link monsters, because battle positions are treated from the perspective of the owner.

It’s far from perfect, but notice how the field zones are now to the left of the Extra Deck, and the GY is below the Deck. In addition, Triple Burst Dragon’s right arrow points into the left side player’s MMZ, where Salamangreat Heatleo has been Link Summoned to. Similarly, Dinowrestler Terra Parkourio left arrow is pointing into the down-side player’s MMZ, where Borreload Dragon is, while also pointing into it’s owner’s MMZ. The EMZs are fair game to anyone, so if both the left-side player and the right-side player have a monster occupying the EMZs, then the down-side player can’t Summon to either EMZ.

This entire thing is a mash of posts I made from a few months ago, in conversation with Alicia. Hopefully this all makes sense, but I'll explain further if anyone needs me to. Stardust seemed like he could use this repost, so here it is. 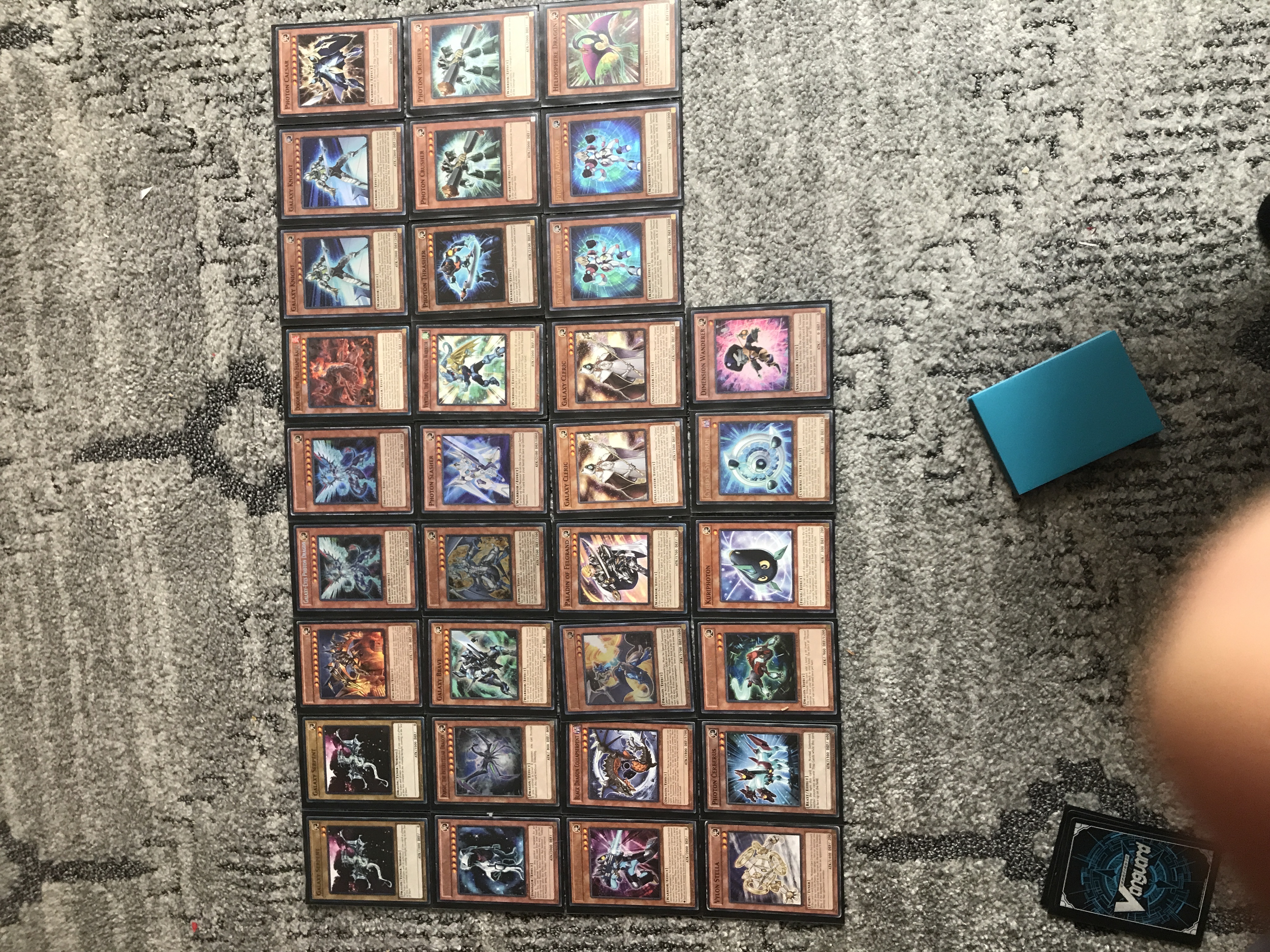 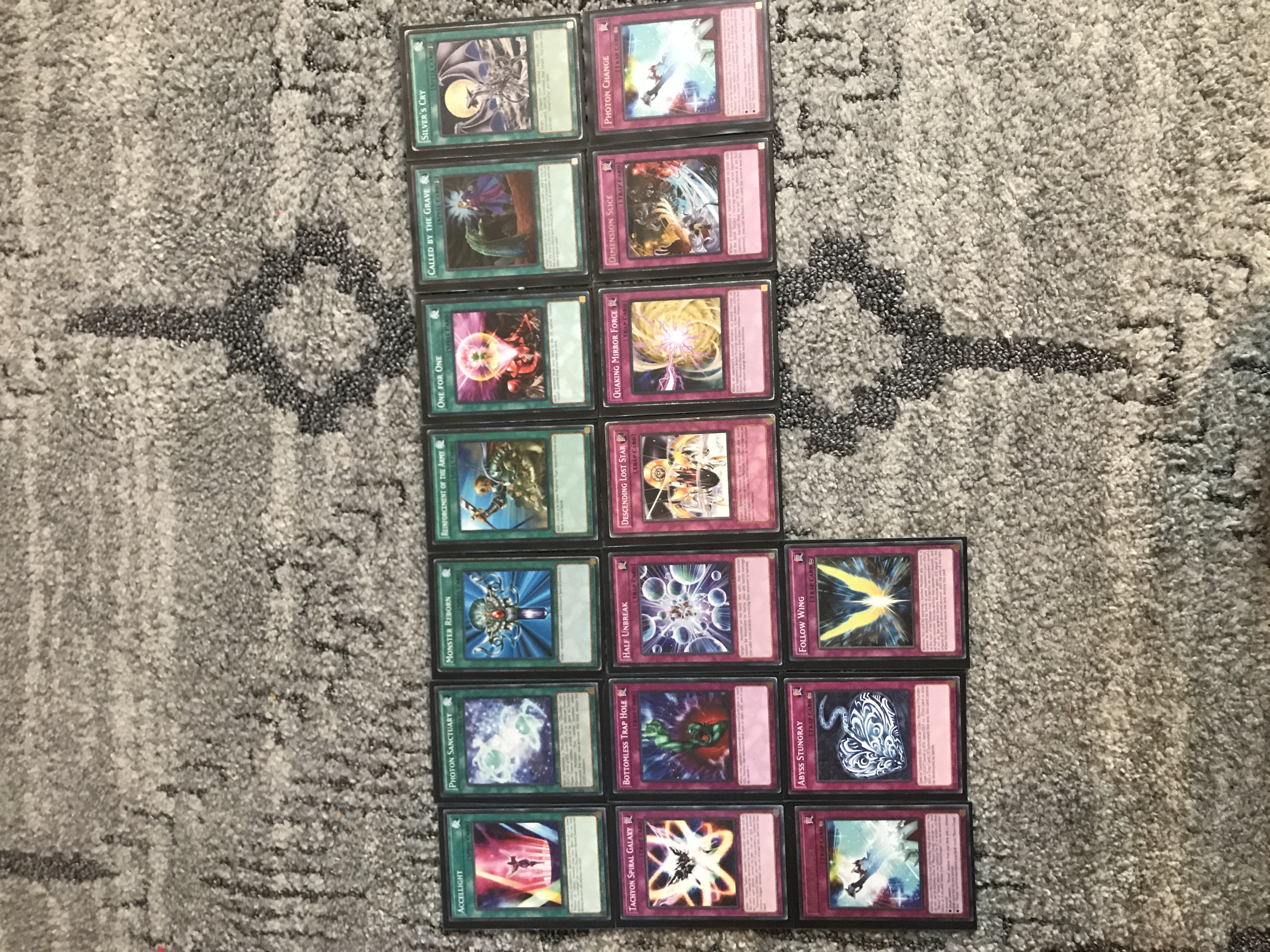 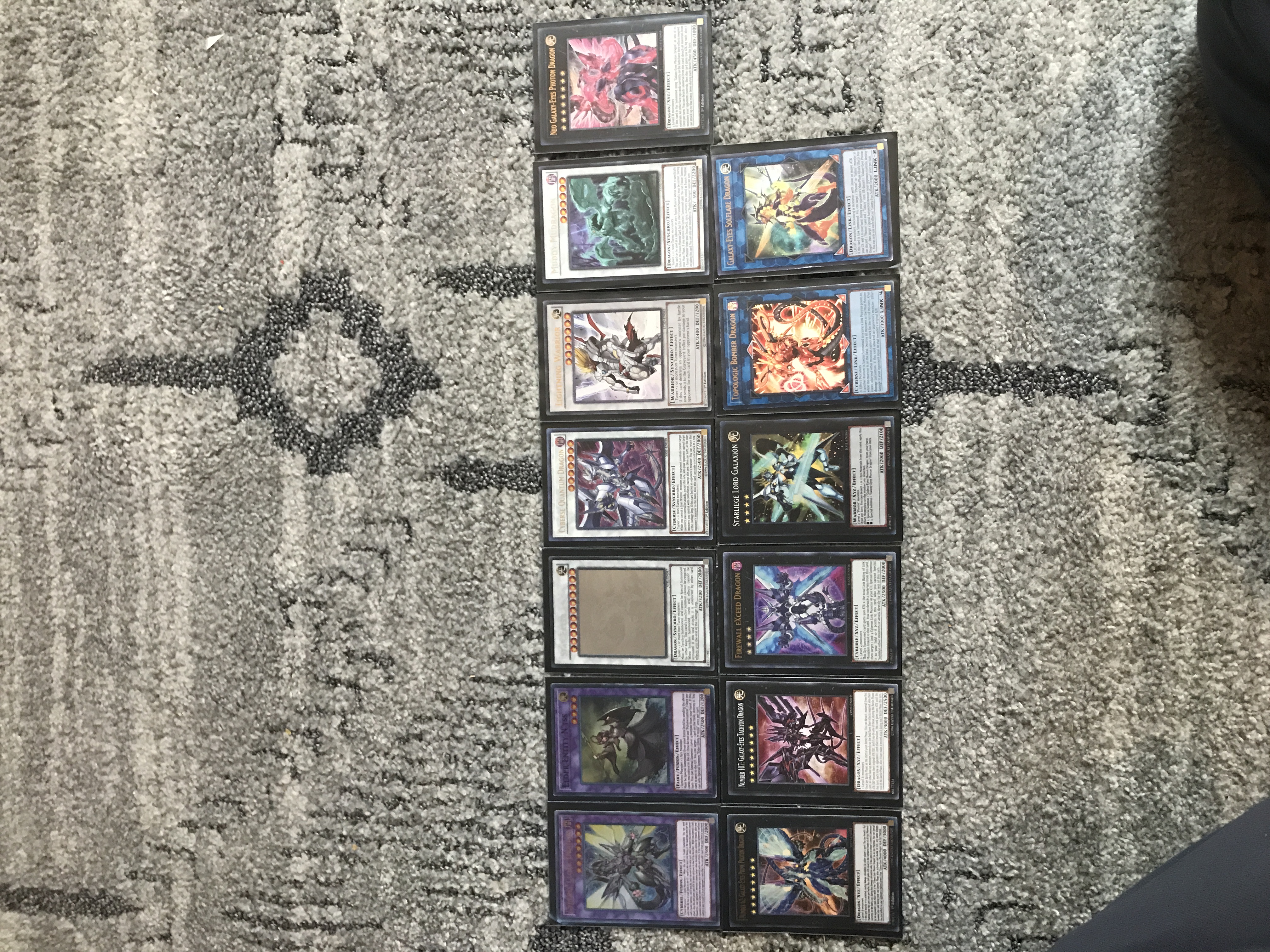 Before you ask, yes I do run tuners, synchros, and fusions in my deck.

I know that can be a stupid question, im a noob 😅

I am helping a friend on a galaxy eyes deck (TCG) but we don't know what to add to finish the deck. Can anyone help? 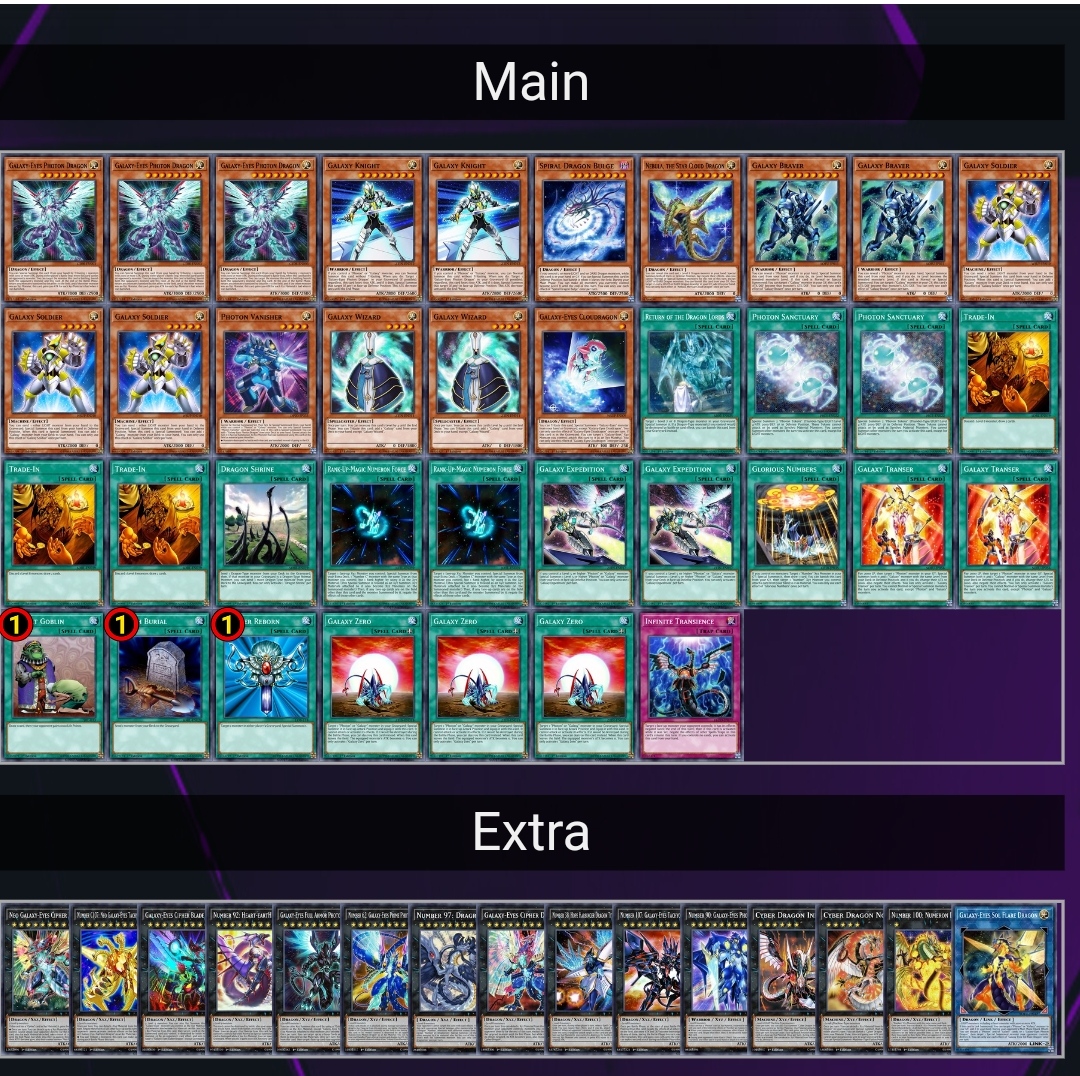 I know this is a stupid question cause battle royale is a unofficial gamemode on Yu-Gi-Oh but still i was wandering that in a battle royale with 4players what wold happen when we have only 2 Extra monster zones? 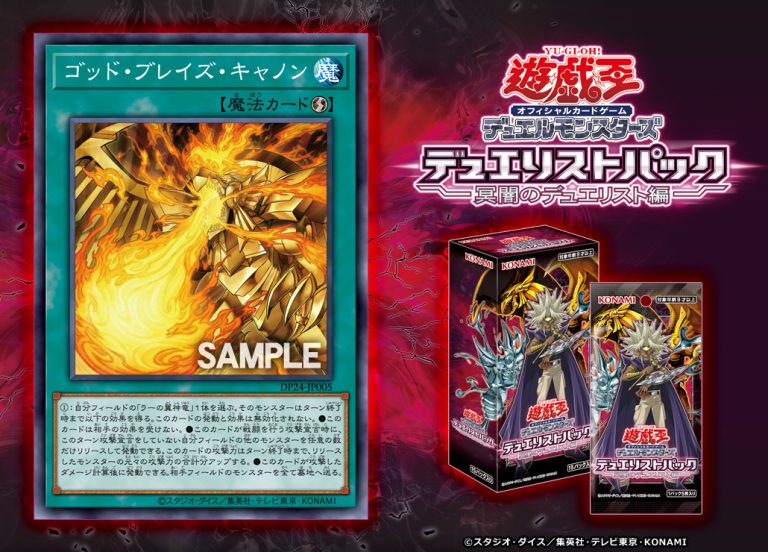 (1) Choose 1 “The Winged Dragon of Ra” you control, and it gains these effects until the end of this turn. This card’s activation and effect cannot be negated.

● Unaffected by your opponent’s card effects.

● When an attack is declared involving this card: You can Tribute any number of other monsters that did not declare an attack this turn; this card gains ATK equal to the Tributed monsters’ combined original ATK, until the end of this turn.

● After damage calculation, if this card attacked: You can send all monsters your opponent controls to the GY.

Do note that this card will have (This card is always treated as a “Blaze Accelerator” card.) in the TCG, due to “Blaze Cannon” being that archetype’s OCG name.

With the current situation I doubt a banlist will come to the tcg but well with all the hype I thought a discussion would be nice.

So guys tell me what would you want or what do you think will be on the next banlist and what will come off.

Now be realistic we all know that Konami wont hit stuff that has just been released.

As a special event during these tiring times, Konami got a special Remote Duel Opera, featuring Jonouchi vs Mai!

Video will be available to July 26, 2020. No subtitles or dubbing is available. 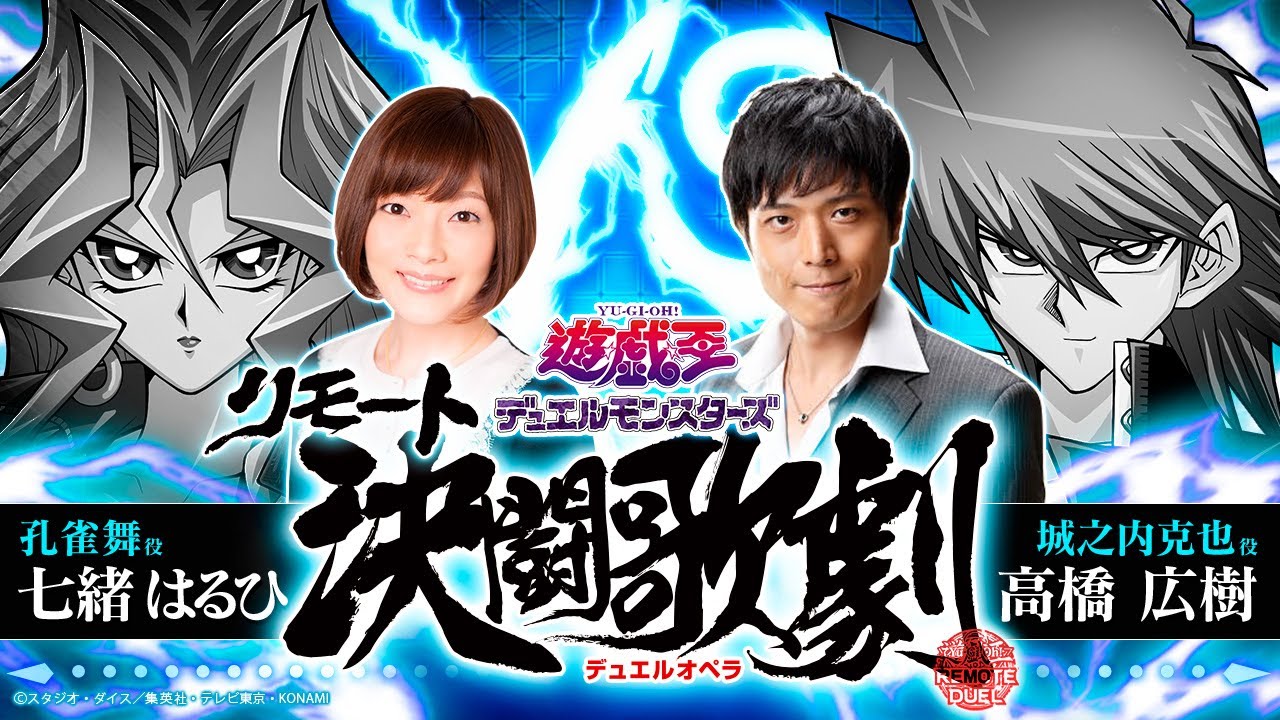 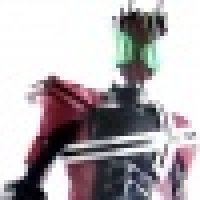 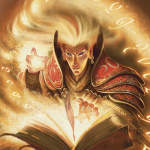